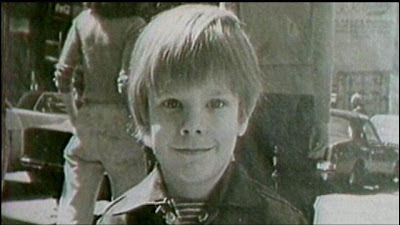 NEW YORK - Etan Patz's father took a heartbreaking bicycle ride past the site where his six-year-old son was allegedly murdered, as law enforcement sources admitted it is likely cops will never find his child's body.


On Tuesday, the Star-Ledger reported that Hernandez's sister, Norma Hernandez, told police in the 1980s that her brother had confessed to the killing.

A grim-faced Stan Patz got on his bike in front of his SoHo building Monday and pedaled down the street past the eyeglass store that now occupies 448 West Broadway. The shop was formerly the bodega where a onetime stock boy last week admitted to strangling Etan 33 years ago.

The emotional dad could not keep himself from looking at the store before riding by in silence.


It now appears that he and his wife, Julie, will never get the chance to bury the remains of their little boy.

Pedro Hernandez, 51, told cops he killed Etan in the bodega's basement on May 25, 1979, and tossed his body out with the garbage.


The Sanitation Department is pulling its old records to try to determine whether the trash was removed that night by a city or private hauler and where it might have been dumped -- setting the stage for a possible search for Etan's remains.

But a law enforcement source said Monday that authorities "are never going to undertake that kind of searching" if the trash was taken to a landfill, noting, "It would cost millions of dollars."


"You're talking about hundreds of tons of garbage," the source said -- and even with a search, "you'd probably still never find that body."

Martin Bellew, a 23-year Sanitation Department veteran who played a key role in the disposal of the 9/11 debris, said the trash pile with Etan's body most likely was taken to the massive Fresh Kills landfill on Staten Island -- taller than the Statue of Liberty when it closed in 2001.

A retired sanitation worker also noted that back in those days, the department dumped garbage in the Atlantic Ocean and took it to an incinerator, meaning that if Etan's body ended up in either of those locations, there would be no remains.

Without a body, the Manhattan District Attorney's Office needs evidence other than Hernandez's confession to prosecute him, legal experts have said.

And there is no corroborating evidence to date, aside from hearsay from some of his relatives and others that he told them years ago that he had killed a child in New York, sources said.


Tomas Rivera said Hernandez confessed in front of about 50 people in a prayer group on a farm in Salem, N.J., during the early 1980s.

"It was a confession to the whole community," Rivera, 76, said. He said his head was bowed in prayer during Hernandez's confession, so he did not look at his face, but added that Hernandez did name the child he claimed to have killed.

Rivera said he informed Hernandez's family, and, "I told them they should take care of that."

Hernandez's sister, Norma, told The Wall Street Journal on Monday that after hearing from other relatives about his alleged confession, she went to the Camden, N.J., police.