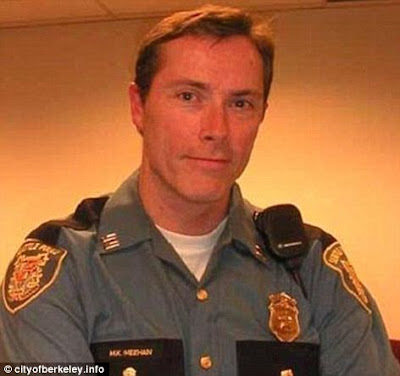 A California police chief already under fire for sending a cop to a reporter's house to complain about a story had his officers work overtime to hunt for his teenage son's stolen cellphone, authorities said Monday.

The cellphone incident occurred back in January, after Berkeley Police Chief Michael Meehan's son reported the device missing from his locker at Berkeley High School. The department did not file a police report about the incident, "an oversight that came to our attention when researching your questions," Sgt. Mary Kusmiss, a department spokeswoman, told the San Francisco Chronicle.

Kusmiss is the same officer Meehan dispatched to a reporter's home after midnight in March to complain about a story on the Feb. 18 bludgeoning death of a Berkeley resident.

Cops have been griping about the incident, according to the paper. Meehan told a sergeant his son's phone had tracking software and had drug task force officers go to Oakland in pursuit of the missing phone, according to the report. A source told the paper Meehan took part in the search, which at one point involved 10 officers. Four detectives were each paid two hours' worth of overtime.


The signal stopped updating the phone's position in North Oakland and the phone wasn't found.

"It is common for BPD officers to actively investigate an in-progress tracking signal from a stolen electronic device," Kusmiss said.