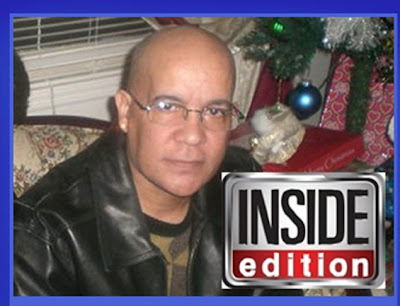 The confessed killer of little Etan Patz will face justice Friday from a hospital bed — where he is on a suicide watch.

Pedro Hernandez, who was supposed to be arraigned in Manhattan Criminal Court, wound up instead at Bellevue Hospital

where he “started making statements about wanting to kill himself,” sources said.

Hernandez also admitted he’d taken psychiatric meds in the past and was admitted for psychiatric observation after doctors deemed him a danger to himself, sources said.

So instead of appearing before a judge for killing the 6-year-old boy exactly 33 years ago, Hernandez will take part in the hearing via a video linkup, sources said.

is charged with second-degree murder.

His wife, Rosemary, and college-age daughter, Becky, had been waiting for him at the courthouse.

When they got word Hernandez wasn’t coming, they left, accompanied by a young man with corn-rowed hair and their court-appointed lawyer, Harvey Fishbein.

They were up in Cambridge watching their daughter receive a master’s degree in education from Harvard on Thursday while police were preparing to charge Hernandez with killing Etan. They also have another son.

Etan was killed about a block away at what was once a bodega at 448 West Broadway. It is now a store that sells high-end eye glasses.

“It was just another store in the neighborhood,” said 71-year-old Jonathan Straus, who stopped by to look at the makeshift memorial of flowers and teddy bears that appeared there overnight.

Other longtime SoHo denizens recalled the bodega owner, whom they remembered as Miguel, held cockfights in the basement where Etan was killed.


John Saracco, whose dad Charles owned the building from 1950 to 2005, said he too remembers Miguel and the bodega but has no recollection of Hernandez.

“It was a different world back then,” said Saracco, who grew up in Queens. “I just feel bad that it happened in something we owned.”

Hernandez, 51, was an 18-year-old stock clerk there when Etan vanished. He was picked up Wednesday — after cops were tipped off by a relative that he’d admitted killing a kid in New York — at his home near Camden, N.J.

Under questioning, Hernandez confessed to a killing that had bedeviled investigators for more than three decades.

Hernandez told cops he used the promise of a cold soda to lure the little boy into the bodega basement, where he strangled him and stuffed him into a bag.

Then, Hernandez said, he dumped the boy’s body a block away in the trash.

Hernandez gave no explanation for why he killed Etan, although he did say at one point that the boy reminded him of a nephew he didn’t like. He did not specify which of his many nephews.

“He was repeatedly asked why he did it, and he couldn’t give us an answer,” one source said after Hernandez’s arrest was announced Thursday. “He said he had no idea why he did this.”

The case against Hernandez relies heavily on his confession, as there is little physical evidence.

“There was no way we could release the man who had just confessed to having killed Etan Patz,” NYPD spokesman Paul Browne said Friday.

who promised the Patz family that he would revisit the case when he took office two years ago, was not at the press conference when Kelly announced the arrest.

The media “is raising all the right issues with your articles,” Fishbein told courthouse reporters Friday. “You’re on the right track.”


Fishbein has experience representing high profile perps with mental problems, including Andrew Goldstein, a schizophrenic convicted on pushing Kendra Webdale to her death in front of a subway train in 1999.

Etan was on his first solo trip to his school bus stop two blocks from his home when he disappeared on May 25, 1979. His disappearance helped launch a nationwide movement to put the photographs of missing kids on milk cartons. He was declared dead in 2001.

A month after Etan disappeared, Hernandez left SoHo, which was then a gritty neighborhood totally unlike the trendy tourist mecca it is now.

Kelly said cops were aware Hernandez worked at the bodega, but for some reason he was never questioned.

“It sounds like something slipped through the cracks,” said Edwin Dreher, 84, who was acting Chief of Detectives when Patz disappeared. “Sometimes you have to go back two, three, four times.”

Hernandez moved to New Jersey and later got married. His first wife, Daisy Rivera, lives in Camden and refused to speak to reporters about her infamous ex.

Then she drove off in a white Chrysler 300 with a license plate that read “Daisexy.”


Hernandez was living with his second wife and daughter in leafy Maple Shade, N.J., when the law finally caught up to him.