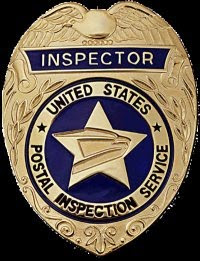 New York - Assemblyman Dov Hikind (D-Brooklyn) is alerting the community to what has become a growing problem for area synagogues – postal fraud. Nearly ten synagogues throughout Brooklyn, New York; Teaneck, New Jersey; and even Southfield, Michigan, have reported that checks for donations and membership dues have been stolen from the synagogue mailbox.

The problem began just before the Rosh Hashanah holiday in September. Assemblyman Hikind became aware of the fraud after Alan Hirsch, publisher of thevuesonline.com, discovered the issue at his own synagogue.

“People have to be vigilant,” said Hikind. “Most of us do not even think twice when a check clears our bank account. That mentality has to change. It is imperative to review returned checks to ensure the intended payee endorsed it.”

Postal authorities and police are investigating. In one case, a donation for $250 was altered and cashed for $1,250. The majority of the checks are being cleared through Empire Bank and Trust in Clayton, Missouri, as well as a cash-checking business in Florida.

Checks which were paid out in Missouri were stamped “KR USA OP Acct.” It is unclear just how much money has been stolen. Synagogues are now taking precautions to prevent future thefts.

If you have been a victim of this fraud, please contact the U.S. Postal Inspection Service at 877-876-2455 (select option 3) and call the authorities.

“Ripping off a synagogue is about as low as a person can get,” remarked Hikind. “With God’s help and increased awareness, we will catch the sick individuals who are responsible for these heinous acts.”
Posted by joe levin at 4:29 PM