Report: Incoming Mossad chief to apologize for use of U.K. passports in Dubai hit 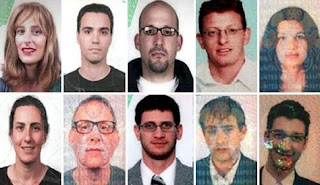 The Daily Telegraph reports that Tamir Pardo will also pledge to British officials that Israeli agents will never again use fake U.K. documents in overseas operations.

Tamir Pardo, the incoming chief of the Mossad intelligence service, will apologize to British officials for the use of forged United Kingdom passports in the assassination last January of Hamas operative Mahmoud al-Mabhouh in Dubai, the British Daily Telegraph reported on Saturday.

The Telegraph report, which cited Mossad sources, also said that Pardo would promise that Israeli agents will never again use fake British documents in overseas operations.

According to the report, Pardo is expected to meet in early January with British officials in London, including Foreign Secretary William Hague and Home Secretary Theresa May, in order to help repair relations with the British government.

In March, the U.K. expelled an Israeli diplomat over the use of British passports in the Mabhouh hit.

Then-U.K. foreign secretary David Miliband told the British parliament in March that there were compelling reasons to believe Israel was responsible for the misuse of British passports in the case and said he had sought assurances that Israel would not misuse them again.

Dubai police said that the Mabhouh killing was a hit by the Mossad. Israel has neither confirmed nor denied a role in the killing of Mabhouh.

According to Dubai authorities, the team that tracked and killed Mabhouh used fraudulent British, Irish, French, German and Australian passports to enter and depart from Dubai. More than half of the people identified as responsible for the killing share the names of foreign-born Israeli nationals.
Posted by joe levin at 5:37 PM