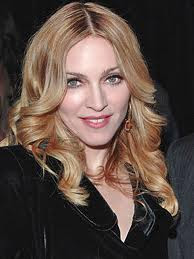 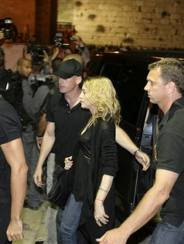 She may be the “material girl,” but Madonna is spreading her wealth among those focused on the metaphysical.

In 2009, her Ray of Light Foundation, based in Los Angeles, gave out $2.9 million in grants, a majority of which was earmarked to charitable causes headed by those with connections to the kabbalah movement. Madonna, who adopted the name Esther, is a devotee of what some call “New Age Kabbalah.”

The Ray of Light Foundation’s largest gift was a nearly $2.3 million grant to Raising Malawi (www.raisingmalawi.org), a nonprofit Madonna founded with Michael Berg in 2006 with the goal of ending poverty for Malawi’s two million orphans.

Berg is the co-director of The Kabbalah Centre, and son of Rabbi Philip Berg, the Kabbalah Centre’s founder. The younger Berg, who edited an English translation of the Zohar, is also the author of “Secrets of The Zohar,” “Becoming Like God,” and several other books on Jewish mysticism. Earlier this year, Berg founded UKabbalah www.ukabbalah.com), an online learning portal offering interactive kabbalah lectures.

Madonna’s foundation also contributed $200,000 to the Spirituality for Kids Foundation, which is run under the auspices of The Kabbalah Centre. According to its website, Spirituality for Kids funds an educational curriculum that “teaches children and families to eliminate chaos from their lives and to create positive life transformation from within.”

In addition, The Ray of Light Foundation gave $400,000 to American Red Cross of Greater Los Angeles, as well as $15,000 each to the T. J. Martell Foundation, which supports research for leukemia, cancer, and AIDS, and The Boston Conservatory. An additional $10,000 grant was awarded to The International Society for Health and Development in Derwood, Md.
Posted by joe levin at 7:02 PM

Email ThisBlogThis!Share to TwitterShare to FacebookShare to Pinterest
Labels: JJ.COM