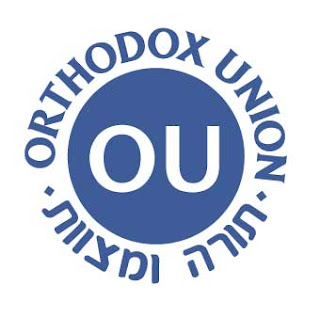 The Orthodox Union is suing a Pennsylvania-based seafood-importing company, saying it falsely claimed the OU certified its tilapia fish as kosher, highlighting a common problem in the increasingly global kosher marketplace.

In a suit filed in federal court in Manhattan this month, the Orthodox Union, a Manhattan not-for-profit with a kosher division, sued Western Edge Inc. for trademark infringement and deceptive trade practice, alleging the unauthorized use of its registered certification mark. The suit alleges that Western Edge produced a fraudulent letter when asked by a Brooklyn food company about the kosher status of its tilapia fillets.

But company officials say the letter came from its fish-production plant in China. "To my understanding there may have been a misunderstanding originating from the producing plant in China about what type of kosher certification they had," said Donald Kelley, procurement manager for Western Edge. "The only actual participation we had was to forward a letter."

Kosher food is estimated to be a $13 billion market in the U.S. and has grown by about 15% for each of the past five years, said Menachem Lubinsky, president and chief executive of LUBICOM Marketing Consulting in Brooklyn.

The New York metropolitan area has the largest Jewish population in the U.S. and is home to many kosher food manufacturers. As thousands of kosher products are introduced into the marketplace every year, the chances for abuse increase, Mr. Lubinsky said. "Foreign companies can be a huge problem," he said. "Sometimes there's a cultural disconnect and a language issue. Sometimes they think if they obtained certification for one product that it applies to all of the products."

There are about five leading kosher-certification agencies in the U.S., three of which are in the New York metropolitan area. Officials say they are usually able to resolve disputes without litigation.

OK Kosher Certification in Brooklyn has a department dedicated to unauthorized use of its symbols. Rabbi Chaim Fogelman, director of public relations and education, said the department has about 10 to 15 cases a month.

"This is a huge issue for large kosher-certification agencies," he said.

The Orthodox Union files lawsuits on average several times a year. "If there's an issue for kashrut [Jewish dietary laws] reasons or trademark reasons we have to defend our mark, otherwise we lose it," said Menachem Genack, rabbinic administrator and chief executive of Orthodox Union's kosher division.

According to the suit, Western Edge had applied for Orthodox Union certification for tilapia fillets produced in the Hainan Province of China in March 2007, but that application was withdrawn several months later.

"Western Edge's products are not now and have never been certified as kosher by Orthodox Union," the suit says.

Tilapia by its nature is kosher because it has both fins and scales. But during production, tilapia, like many other foods, can lose its kosher qualities.

"If it's cut up then you get into different types of problems," said Gil Marks, an author of numerous kosher cookbooks, including the "Encyclopedia of Jewish Food." "Are the knives you cut it up with kosher? Are you cooking it in non-kosher equipment? The processing and preparation of food can transform a kosher item into a non-kosher item."

Mr. Kelley of Western Edge said the company was cooperating with OU to achieve a resolution.

"We had no malicious intention of misusing their mark," said Mr. Kelley. "We're operating under the auspice of cooperation and trying to resolve this very quickly."
Posted by joe levin at 6:48 AM

Email ThisBlogThis!Share to TwitterShare to FacebookShare to Pinterest
Labels: WSJ