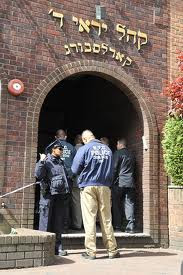 NYPD to Post Misdemeanor Statistics for Past 10 Years in Response to Allegations That Serious Offenses Were Downgraded .

The New York Police Department on Monday begins posting data on citywide misdemeanor crime complaints dating back 10 years, partly in response to claims that withholding such statistics indicated it had something to hide, officials said.

Academicians and journalists suspicious of the veracity of the NYPD's long-shrinking total of "index crimes"—murders, rapes, robberies, felony assaults, grand larcenies, burglaries and auto thefts—have theorized that the police department is downgrading many of these serious crimes into misdemeanors and thereby artificially dropping the city's crime rate. The index-crime rate for 2010 is expected to register a decline for the 22nd consecutive year.

.Some downgrading theorists felt their case was bolstered by the NYPD's 2003 decision to stop forwarding its misdemeanor-crime statistics to the state's Division of Criminal Justice Service, which annually compiles and publishes statewide crime statistics. News reports and some criminologists have questioned why the NYPD is one of only two police departments in the state not to provide the misdemeanor complaints to the DCJS.

NYPD officials have said the statistics were not forwarded because a new computer system was not compatible with the DCJS's system.

"We have been unfairly and falsely accused of trying to hide the ball, so it was decided that the easiest way to deal with those falsehoods was to put it all up on the website," Paul Browne, the NYPD's spokesman, said.

The Wall Street Journal asked a professor whose research has supported the accuracy of the NYPD's statistics and one whose research purported the opposite to review some of the misdemeanor complaints released by the police. Both said there were no obvious trends to indicate that index crimes were being downgraded into misdemeanors.

That does not mean, however, that the two educators—Dennis Smith, an associate professor of public policy at New York University's Wagner Graduate School of Public Service, and Eli Silverman, professor emeritus at John Jay College of Criminal Justice and the Graduate Center of City University of New York—are now on the same page.

"To be looking at a 10-year display of data across a range of crimes, if there was this concerted effort of downgrading crimes then it would have to show up in some kind of pattern," said Mr. Smith, who conducted a study on grand-larceny versus petite-larceny complaints and found no statistical deviation. "And there is no pattern here."

Mr. Silverman, who co-authored a study released in February that challenged the accuracy of the NYPD's statistics, said that without an independent agency verifying the misdemeanor statistics there's no way of being assured the complaints are accurate.

"The fundamental problem is the recording of the crime in the first place," Mr. Silverman said. "Until there is complete transparency and an audit by an outside agency then the police are going to continue to selectively leak out information when they feel like doing it….Without an independent audit, what do we have? Just their word."

The professors were asked by the Journal to analyze a year-by-year breakdown of the four crimes that historically have been believed to be the easiest to manipulate—grand larcenies, felony assaults, burglaries and rapes—and compare them with a breakdown of the lesser crimes that they would likely be downgraded to if manipulation were happening: petite larceny, misdemeanor assaults, trespassing and other felony and/or misdemeanor sex crimes.

For example, an officer who wanted to hide a grand larceny, which is counted as an index crime and as such would affect the city's crime rate, could classify the crime as a petite larceny, a statistic that is not counted as part of the official crime rate. If that type of manipulation were taking place, some pattern of increase for petite larcenies over the years should, theoretically, accompany the decrease in grand larcenies, Mr. Smith said.

The professors, who have been at opposite ends of the NYPD crime-statistics debate, were given the breakdown for the years 2000 through 2009.

The decrease in burglaries, by 33.33%, tracks closely to the increase in criminal trespassing, which was up 32.33%. Although the numbers match the type of pattern expected if serious crimes were being downgraded to lesser ones, unlike petite larceny, misdemeanor assaults or the lesser sex crimes other than rape, criminal trespassing is not the only alternative to a burglary charge.

In fact, Mr. Browne said the rise in trespassing complaints is due to increased participation in a program under which landlords agree to be complainants in all cases brought against anyone accused of being on their properties illegally. Thus, police don't have to get individual complaints from landlords each time they want to make an arrest. Also, the NYPD has in recent years increased patrols of housing projects and stepped up, in general, quality-of-life enforcement, moves that have led to an increase in criminal-trespassing complaints, he said.

Overall, misdemeanor complaints increased by 4.26% between 2003 and 2009, while the index crimes dropped by 28.20%. However, unlike almost all felonies, many misdemeanors complaints are generated by police activity. Increased enforcement against drug dealing, for example, creates a spike in complaints that would not exist if police weren't making arrests. The same cannot be said for the index crimes.

Between 2003 and 2009, misdemeanor arrests increased by 29.28%. More than half of that increase is accounted for by large spikes in arrests in trespassing and drug cases, two so-called victimless crimes that drive up the complaint total, according to the NYPD's recently released statistics.

Mr. Silverman said he believes the NYPD's "Compstat" system for tracking crime, under which police commanders are held accountable for spikes in their precincts, has led to statistics being manipulated to avoid increases.

He said the NYPD's misdemeanor statistics don't jibe with studies such as his and others that call into question the accuracy of the NYPD's crime statistics or instances in which it has been shown that crime reports have been manipulated or ignored. As proof that statistical manipulation has occurred, Mr. Silverman pointed to the case of Brooklyn police officer Adrian Schoolcraft, whose secretly recorded audiotapes led to several officers and a precinct commander being charged in October for failing to take a crime report.

"It stretches the credibility beyond the breaking point," he said of the misdemeanor complaints. "What is needed is a complete accounting from someone else, someone independent, outside the agency to actually examine it."

The New York Times last week reported that it had filed a lawsuit claiming the police department has not complied with the state's Freedom of Information Law in dealing with several of the newspaper's information requests for the data.

Mr. Smith said those who believe the NYPD systematically downgrades crimes fail to address that the police department uses its crime statistics to deploy officers to where the crime is happening. Getting this information accurate is so important to the NYPD, he said, that it has two separate units responsible for making sure that the crime statistics are accurate.

"The police department recognizes that they have to be serious about the quality of their data to make decisions and to achieve their mission," Mr. Smith said. Mr. Smith said the NYPD relies on accurate statistics to deploy its officers to crime hot spots. "To fudge crime reports would just be putting salt in their own eyes."
Posted by joe levin at 5:49 AM

Email ThisBlogThis!Share to TwitterShare to FacebookShare to Pinterest
Labels: WSJ