Accused killer of Leiby Kletzky packs on the pounds behind bars 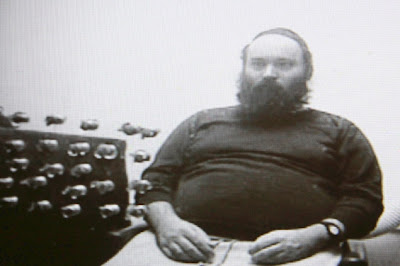 The Brooklyn Butcher is bulking up in jail.

Levi Aron, the confessed killer of 8-year-old Leiby Kletzky, appeared via video in court Friday and looked like he packed in about 50 pounds since his last hearing two months ago.

"He's definitely not working out," quipped a lawyer who saw his image in Brooklyn Supreme Court.

The accused child killer was sprawled in a chair at a small interview room, his gargantuan gut sticking out. He sat silently, but appeared less groggy than in previous appearances.

Aron, 36, is taking psychiatric medication, which can cause weight gain sometime. But the exact reason for his growing girth could not be determined.


He is charged with snatching the lost boy from a Borough Park, Brooklyn, street last July. He held Leiby for more than a day then smothered him and chopped up his body, according to his signed confession.


The shocking murder was the first child kidnapping case in the city since the 1979 disappearance of Etan Patz, whose alleged killer was arrested this week.

Aron's lawyers have indicated they will pursue an insanity defense.


A psychiatrist examined him recently, and a report is expected in about a month, defense lawyer Jennifer McCann told the judge.

Aron is due back in court July 27.