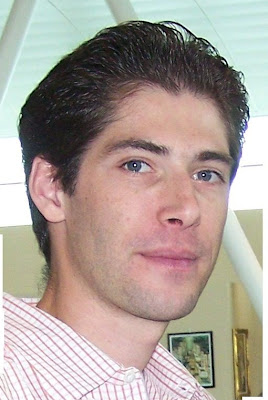 The victims of a deviant dad who preyed on kids lashed out today at the "monster" who stripped them of their childhoods as he was sentenced to 20 years to life in prison.


"I feel like breaking your bones and I hope you rot in prison," his now 16-year-old victim wrote in a letter read aloud in court by his dad. "I want to kill you over and over again."

The father choked up as he read aloud words from his son, who trashed Sabo as a "miserable, rotten piece of slime."


"Why? Why did you hurt these innocent children?" the father said. "What did they do to you?"

Sabo was set to go to trial and face the boy and a girl who accused him of sexually assault before taking a deal from prosecutors that Justice Vincent DelGiudice lamented was "lenient."

"They should have peace in knowing this man will never be able to harm another child for as long as he lives," DelGiudice said.

But relatives of the boy and girl that he admitted to molesting didn't hold back as they blasted Sabo, 38.

"While pretending to be our family and pretending to be nice, he was sexually abusing my sister," said the older sister of his 12-year-old female victim. "This is the true definition of a sociopath."

"You ruined her childhood, and perhaps her whole life," the sister added. "You are a monster."

The family of another of Sabo's accusers didn't cooperate because of fear of reprisals from within the Orthodox community, prosecutors said, and yet another alleged victim backed out on the eve of trial. In addition, prosecutors said they had evidence of five other victims.

Proescutor Kevin O'Donnell said the relatives of the 12-year-old girl were pressured in synagogue by Sabo supporters who vowed to pack the courtroom during her testimony.

"Despite this shameful act, these children and their parents still had the courage to come to court," O'Donnell said.

A defense lawyer for Sabo descibed his client as a "monster" whose twisted acts may have been caused by the sexual abuse he suffered as a child.

"Before he evolved into this monster, he, too, was a frightened young kid," Jeffrey Schwartz said.