Sleepy Hollow: firefighter accused of arson will likely be charged in 2nd fire 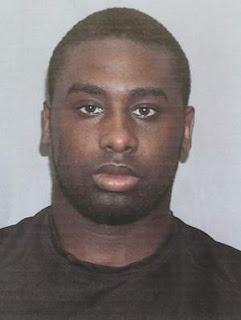 SLEEPY HOLLOW - A volunteer village firefighter accused of intentionally setting a fire before joining his colleagues in fighting the blaze will likely be charged with setting at least one other fire, according to law enforcement sources.

Trent Bronner, the department's most active firefighter, was arrested Wednesday on a felony arson charge - an allegation made more shocking because he posted photos of the March 20 fire on his Facebook page.

Law enforcement sources say video surveillance footage caught him at the scene before the fire, though it does not actually show him starting it. The fire left 19 people homeless.

"It's a dark day," Fire Chief John Korzelius said shortly before Bronner was sent to jail. "This is truly the ultimate sin for the Fire Department."

Detectives said today they are also investigating whether Bronner may have set other fires in the area. They are reviewing several village fires last year that were deemed “suspicious.”

“There were a couple (of fires) that were reported suspicious last year,” Police Chief Greg Camp said. “We’re continuing our investigation into those fires.

Whether this person was involved or not is nothing I can comment on at this time.”

Bronner, 21, a former standout athlete at Sleepy Hollow High School, has been with the department for three years. He will be suspended pending the outcome of a police investigation. He faces up to 25 years in prison if convicted.

He was arraigned just before 4 p.m. in Village Court. His sister and mother were in the courtroom. Bail was set at $150,000, and he was taken to the Westchester County jail. He is due in court Monday.

His sister cried as he was led out of the courtroom, and he turned to her with a sad expression. He spoke to his mother, asking her to pick up his backpack.

Nineteen people, including five children, were in the two buildings at the time.
All escaped without injury, but the homes were badly damaged and the blaze was quickly labeled suspicious.

Police said Wednesday that the fire was set outside 13 Cedar St. They did not think Bronner had any relationship to anyone who lived there.

On the day of the fire, resident Julio H. Chapa told The Journal News that his wife smelled smoke and that when he went to investigate, he saw flames outside the building near the home's heating fuel tank.

Police did not suggest a motive, but a 2003 study by the U.S. Fire Administration said: "One of the primary motives for firefighters who commit arson is to be seen as a hero. They may be the first to call in a fire, the first on the scene, and one of the most eager, excited and enthusiastic members of the response team."

The department's website lists Bronner as responding to the most fire calls - 201 - from April 2010 to March of this year. Korzelius said Bronner was an active and "pretty good" firefighter.

Steve Borys coached Bronner on the Sleepy Hollow football team and cursed as he was told of the firefighter's arrest.

"He was a great kid," Borys said,
adding that Bronner was a team captain in 2007.

A neighbor of the young firefighter, 83-year-old Kaye Patterson, was also stunned to learn of his arrest.

Patterson lives across the hall from the Bronner family in a high-rise building at 126 Valley St. She has known Bronner since he was 4. She said he was kind to all of the neighbors and twice carried her downstairs on a stretcher when she was hurt.

Bronner's page on the Facebook social-networking website gives the impression of a young man devoted to the mission of fighting fires. It includes well-known quotations about the dangers of the job and the courage needed to overcome them.

"When a man becomes a fireman his greatest act of bravery has been accomplished," reads one. "What he does after that is all in the line of work. Firemen never die, they just burn forever in the hearts of the people whose lives they saved."

A photograph from his Facebook page shows him wearing his Fire Department dress uniform and receiving what looks like a plaque from an officer. Another shows his turnout gear, his last name sewn onto the back of the jacket.

Among the photos is another image: a blurry shot of the homes on Cedar Street, a window bright with the flames that he's accused of sparking.

On Monday, two days before his arrest, his page included this entry: "Our life is short, your duties many, your assistance great, and your reward sure; therefore faint not, hold on and hold up, in ways of well-doing, and heaven shall make amends for all."

Bronner had been working in the photo department at Walgreens in Tarrytown — a short walk from his home and from the site of the Cedar Street fire — for about two weeks.
A colleague, Angie Jimenez, described him as a "good co-worker" and a nice guy who followed directions
Posted by joe levin at 6:58 PM