Anti-Semites: Take A Ticket and Get In Line 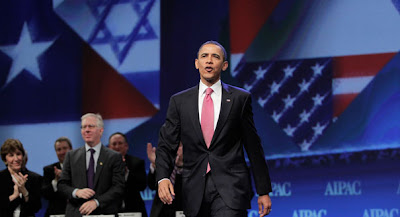 First, there is Iran that wants to wipe off the map every Jew in Israel.

Second, there is the world march on Jerusalem where Jew haters from all over the globe are gathering in a sort of international pogrom.

Third, there is the cold-blooded attack and murder of a Rabbi and three innocent children in Toulouse, France.

And fourth, ah fourth, the unkindest cut of all: The Obama Administration betrays a US ally, Israel, by revealing critical secrets to an enemy, Iran - this from a man who promised AIPAC that he would guard Israel's back. Et tu, Barack?

Anti-Semites: don't jump to the front, instead, take a ticket and get in line. Your day will come; Oh, will your day ever come.

By the way, you will not find that day to be a pleasant one. As Jews around the world sit down to the Seder table this Passover, they will recite the story of the Chad Gadya, the little goat that managed to survive enormously big predators.

That allegorical story is there to remind those who would attempt to destroy Jews that they are walking into a trap.

BY Rabbi Yaakov Spivak
Posted by joe levin at 5:37 PM