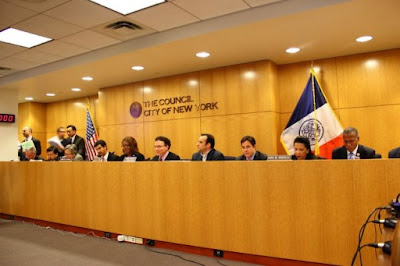 The numbers reflect a million-dollar bump for Jewish groups, compared to this year’s budget, and a dip of $50,000 for Catholic groups.

The council distributes $50 million in so-called “member items” to nonprofit organizations citywide, and a recent report by Manhattan Borough President Scott Stringer said favoritism is endemic in the flawed system.

Among groups with a religious affiliation, the biggest beneficiary in the funding free-for-all is the politically connected Metropolitan Council on Jewish Poverty, which is taking home $1.4 million — more than Episcopal, Lutheran, Baptist, Presbyterian, and Pentecostal groups combined. The Met Council’s CEO, William Rapfogel, is a longtime friend of Assembly Speaker Shelly Silver, and his wife, Judy Rapfogel, is Silver’s chief of staff.

* In some cases, the cash supplements extant city services. The civilian patrol groups Shomrim and Shmira will take home $131, 875.

* Chaverim, whose volunteers help those locked out of their cars or homes, are getting $35,000.

* $122,500 will go to the powerful Bobov Hasidic sect, money that will go to help members struggling with medical bills and other services.

Estimates vary, but according to 2008 data from the Association of Religious Data Archives, Catholics, at 62%, make up the bulk of the city’s population, followed by Jews at about 22%, Protestants at 10.7% and Muslims 3.5%.
Posted by joe levin at 11:00 AM