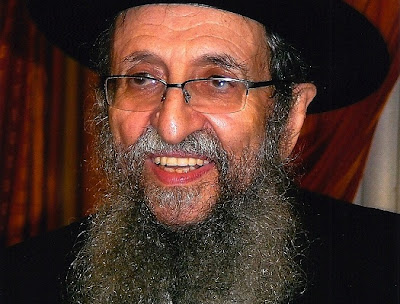 A leading American Orthodox rabbi, Shmuel Kamenetsky, said that child abuse should be reported to rabbis, not police.

Kamenetsky, the vice president of Agudath Israel of America's Supreme Council of Rabbinic Sages, said in a speech July 12 in Brooklyn that the abuse of a child should be reported to a rabbi, who would then determine if the police should be called. He made the speech as a search was being conducted for an 8-year-old Brooklyn boy, Leiby Kletzky, whose dismembered body was found the following day in a dumpster and in the apartment of Levi Aron.

Aron was indicted Wednesday in the boy's murder.

A recording of the Kamenetsky speech in Flatbush first appeared July 17. Kamenetsky was repeating Agudath Israel of America's official policy banning Jews from reporting child abuse to police, according to the blog.

A representative of the Shomrim, a volunteer civilian patrol in New York, told the New York Daily News that his organization keeps a list of alleged child abusers whom they have not reported to the police. The New York Jewish Week reported that it is possible that Aron may have been known to some in the haredi Orthodox community, but that they did not report him to the police.

“We call upon Agudath Israel of America's leadership to immediately retract these dangerous statements [by Kamenetsky],” Survivors for Justice, an advocacy, educational and support organization for survivors of abuse and their families from the Orthodox world, said in a statement.
Posted by joe levin at 6:06 PM