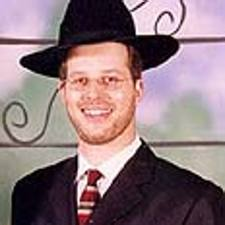 Lakewood, NJ - Yisrael Briskman’s wife in Israel wanted a divorce, and a rabbinical court decided she should be granted one. But Briskman refused and fled to the United States, where the FBI says an Orthodox Jewish rabbi and his wife lured him to their New Jersey home, kidnapped him and said they’d bury him alive in the Pocono Mountains if he didn’t relent.

Briskman said he was kicked repeatedly in the ribs at the home in Lakewood, robbed and shown the dark body bag he’d soon inhabit if he didn’t free his wife from their marital bonds.

“For you to get used to the size,” the Rabbi is quoted as saying in the criminal complaint leading to his surrender to the FBI this month.

If this Sopranos-style plot is true — which the The Rabbi denies — it is an anomaly. But it’s not uncommon for religious communities to use coercive tactics to pressure recalcitrant husbands into granting their wives a “get,” or religious divorce. Tactics run the gamut from denying social and religious privileges to using financial and legal leverage.

And while few cases involving unlawful methods have been reported to authorities, rumors abound in insular religious communities about what can happen to someone who keeps a spouse chained to a defunct marriage.

“They take the man to the water, to the Hudson River, and they put his head in and if you don’t give the get, you’re not coming out of the water,” said Estelle Freilich, recounting a story passed back and forth in Brooklyn, home to some of the largest Orthodox Jewish communities outside Israel. Freilich directs the New York-based Agunah International, a group that aids women whose husbands refuse to grant them a get.

The issue grows from the intricacies of Jewish law governing marriage and divorce. In Orthodox Judaism, men and women cannot remarry without a proper rabbinical divorce. Other streams of Judaism in the United States, such as the Conservative and Reform movements, generally honor civil divorces and don’t require a separate religious document.

Orthodox rabbis are required to try to reconcile marriages to prevent divorce, but if that fails, rabbinical courts can issue a divorce decree, or a “get” in Hebrew. But the get isn’t valid until both husband and wife consent. If one party refuses, the other cannot remarry or procreate without the children being considered illegitimate and prevented from ever marrying religious Jews.

Religious officials say the vast majority of divorces in their communities are resolved amicably and rarely get to the agunah stage. But disgruntled spouses will occasionally flout the rabbinical courts, either out of spite or in an attempt to extort money or secure favorable divorce conditions. A husband might tell his wife he’ll grant the get for $100,000, said Dov Hikind, a New York State assemblyman whose Brooklyn district includes many of ultra-Orthodox neighborhoods.

“It’s one of the most horrendous things I’ve ever had to witness,” Hikind said. “Women who sometimes for a great number of years are literally tied, their hands are tied.”

The situation in the United States and the modern Jewish diaspora differs from that in Israel and the long-ago Orthodox communities of eastern Europe because of the issue of jurisdiction. Israel’s religious courts are official legal institutions, and can impose sanctions on recalcitrant spouses, ranging from driver’s license suspension to imprisonment.

A few hundred years ago, rabbinical courts in isolated Jewish communities in Europe had relative autonomy, said Rabbi Michael Broyde, a law professor at Emory University in Atlanta and a member of the Beth Din of America, the country’s largest rabbinical court. American rabbis operate within the realm of legal, protected behaviors to convince a spouse that a get is in order.

“In no way, shape or form does any rabbinical court ever direct conduct against the party that’s a violation of secular law,” Broyde said. “I’ve never encountered a story like (the one in New Jersey) in my sittings on a rabbinical court.”

But the court can issue a “seruv” — the Jewish equivalent of a contempt of court citation. Such a move directs rabbis to keep the person from receiving certain honors in the synagogue, and can even block entry to the synagogue. In a society where the synagogue is at the center of daily life, often that threat can be enough.

And if that doesn’t work, the community can take matters into its own hands. The group ORA, or the Organization for the Resolution of Agunot, exists to do just that.

Rabbi Jeremy Stern of New York City, ORA’s executive director, said communities can exert social pressure by persuading the spouse’s friends and family to shun them and deny them financial support until they give the get. The group has also resolved cases by suing a husband in civil court for infliction of emotional distress, but promising to drop the tort as soon as the divorce is granted.

“From our perspective, the withholding of a get is a form of domestic abuse,” Stern said. “The entire community says, ‘We won’t tolerate this kind of abuse in our community.’”

In Jewish neighborhoods across the country, protests have been organized outside the houses of recalcitrant spouses to embarrass them. Hikind, the Brooklyn assemblyman, said he’s personally attended several such demonstrations. Other visible ostracism includes signs posted around the spouse’s neighborhood and notices placed in Jewish religious publications.

In Briskman’s case, an order by the Israeli rabbinate instructed the community not to do business with him or extend him any kindness. It also urged followers not to give him a place to stay and ordered he serve a year in prison — perhaps one reason he left the country.

Federal prosecutors say The Rabbi and his wife, lured Briskman to their Lakewood home in October. He was handcuffed and blindfolded and forced to repeat in English and Hebrew that he would release his wife from the marriage. The couple surrendered to the FBI on kidnapping charges July 18 and are free on bail, pending indictment by a grand jury. They face life in prison if found guilty.

The Rabbi is also charged with making a telephone threat to Briskman’s father in Israel, telling the father he’d get a bullet in the head if he didn’t give the wife’s family $100,000 within two hours.

Lawyers for The Rabbi say they will plead not guilty.

Community-based sanctions are only effective so long as the individual is tied to that community. As societies have become more fluid and long-distance travel cheaper, it’s become easier for a spiteful spouse to skip town and resettle in a place where they won’t face repercussions, rabbis said.

“In Lakewood, a relative close-knit community, that would be effective,” said Rabbi Moshe Zev Weisberg, a key leader in the enclave of Lakewood, home to about 10,000 Orthodox families and one the world’s largest Jewish academies. “This is not done lightly. It’s done extremely rarely, when the Beth Din (rabbinical court) has exhausted every other option.”

In 2009, a divorce between two Israeli-born Florida residents broke down into extended litigation over the husband’s refusal to grant a get unless the wife, Oranit Shaked, agreed to pay legal fees and alimony.

“He knows the impact of what a get would do to me,” Shaked testified during the divorce trial. “I have no control over my future. If I want to get married, I can’t get married.”

The court ruled that it lacked jurisdiction over the religious aspect of the marriage and couldn’t force him to give a get. That prompted Shaked’s attorney, Martin Kofsky, to approach south Florida lawmakers about introducing a legal remedy for future divorces.

“The response I got was, we have some Orthodox male constituents, and we don’t want to lose them,” Kofsky said.

To this day, Oranit Shaked’s husband, Eran Ben David, has not granted her the get, her attorney said. Shaked, an emergency-room pediatrician, is free to remarry in a civil court, but an Orthodox rabbi would not perform a marriage for her and any children she birthed would be considered “mamzers,” or bastards.

In New York State, lawmakers have responded with what’s colloquially referred to as the “get law.” It requires anyone who was married in a religious ceremony to confirm that they have removed any impediments to their spouse’s remarriage before being granted a civil divorce.

The get law is a good start, but doesn’t help all couples, said Hikind, the state assemblyman.

“The rabbis, the leaders, they’re concerned about this, but what’s the solution?” he said. “I just don’t know.”
Posted by joe levin at 10:36 PM

Email ThisBlogThis!Share to TwitterShare to FacebookShare to Pinterest
Labels: A.P.