Eva Rausing laid to rest At a Jewish cemetery.

Tragedy: Eva Rausing, was found dead in the couple's London home. It was later discovered that her husband Hans Kristian has been living with her body for up to eight weeks 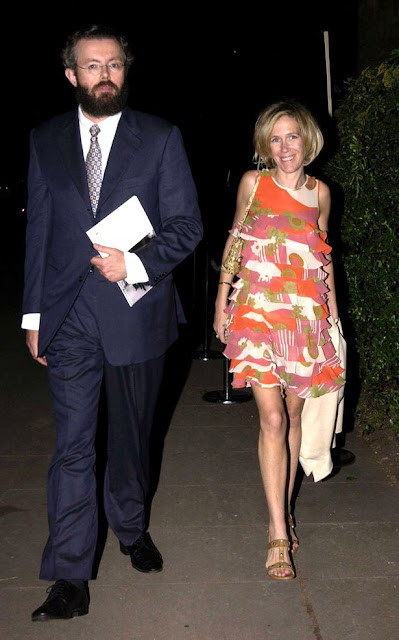 Millionairess Eva Rausing has been buried on Hilton Head Island in South Carolina.


Mrs Rausing, 48 – the wife of Tetra Pak billionaire Hans Kristian Rausing – had been dead for eight weeks before her body was found in their £70 million London home last month.

She has now been laid to rest at a Jewish cemetery.

Her parents Tom and Nancy Kemeny and sister Be are believed to have been the only mourners at the burial.

Mr Rausing, 49, was given a ten-month suspended custodial sentence after admitting he denied her ‘a decent and lawful burial’.

He told a court he ‘suffered some sort of breakdown’ following her death.

The 49-year-old, whose family is the 12th richest in Britain and whose fortune comes from the £4.5billion Tetra Pak drinks carton empire, told psychiatrists after his arrest: ‘I know it is sad and selfish, but I just didn’t want her to leave.’

Judge Richard McGregor-Johnson said the Tetra Pak heir had enjoyed ‘every material advantage imaginable’ before throwing it all away on addiction to hard drugs and descending into a life of squalor.


Police found Mrs Rausing’s decomposing body under a pile of bin bags after gaining access to a ‘secure annexe’ at the couple’s 50-room mansion on July 9.

In a statement after their daughter's death the Kemenys said: 'Eva and Hans Kristian adored each other and their four beautiful children.

When not in London they would have family holidays with their cousins and extended family, without any glitz or glamour.


'Eva and Hans Kristian were a devoted and loving couple for the 21 years they spent together.

'They benefited thousands of lives through their personal involvement and philanthropic activities.

'They bravely battled their demons and supported each other and Eva will be a devastating loss to our beloved 'son' Hans Kristian, whom we love unconditionally with all our hearts.'

American-born Mrs Rausing was buried on August 9. ‘It was the peaceful burial her family wanted,’ said a friend.

Sources close to the Kemeny family added that it was Mrs Rausing’s wish to be buried in South Carolina. The couple, who have four children, had struggled with drug addiction for 30 years.
Posted by joe levin at 9:35 PM