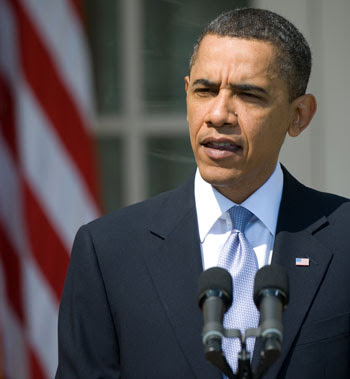 A massive US-Israeli military exercise that was scheduled for this fall amid mounting concerns over an Israeli strike on Iran's nuclear facilities might not be as grand as it was initially expected to be, with Washington deciding to significantly scale back on its participation in the drill, Time Magazine reported on Friday, citing Israeli and American sources.

In January, the two countries decided to postpone the drill, but while it is expected to go forward this October – weeks prior to the presidential elections – it won't be nearly the same event.

According to the report, the US slashed the number of American troops who were slotted to travel to Israel by more than two-thirds; instead of the approximately 5,000 troops originally announced for Austere Challenge 12, as the exercise is dubbed, the Pentagon will send only 1,500 service members, and perhaps as few as 1,200.

The number and the potency of missile interception systems that were to be used in the maneuvers were also reduced. Patriot anti-missile systems will arrive in Israel as planned, the crews that can operate them won't. Instead of two Aegis Ballistic Missile Defense warships, only one is to be deployed – and even that is not certain, Time said, citing officials in both the US and Israeli militaries.

The report postulated that a smaller US deployment may make it more difficult for Israel launch a pre-emptive strike on the Islamic Republic.

"Basically what the Americans are saying is, ‘We don’t trust you,’” a senior Israeli military official told the magazine.

A Pentagon spokesperson refused to comment on the reduced contingent, noting that the specifics are classified. But Commander Wendy L. Snyder of the US military said in an e-mail that Israel has been informed of the changes.

The official explanation was budget restrictions; however, the decision coincided with growing tensions between the Obama Administration and Prime Minister Benjamin Netanyahu's government on Israel’s persistent threats attack Iran.

Israeli analyst Efraim Inbar told Time that the rationale for the retreat was quite clear.

“I think they don’t want to insinuate that they are preparing something together with the Israelis against Iran – that’s the message,” says Inbar, director of the Begin-Sadat Center for Strategic Studies at Bar-Ilan University. “Trust? We don’t trust them. They don’t trust us. All these liberal notions! Even a liberal president like Obama knows better.”

According to the report, the goal was to “improve interoperability” between American and Israeli anti-missile systems – which are already significantly linked. The US has intalled a radar in the Negev, pointed toward Iran and linked to Israel’s Arrow anti-missile system.

While the radar is so sensitive it can detect a softball thrown into the air from thousands of miles away, only American officials are allowed to see what’s on the screens, a safeguard likely meant to prevent Israel from striking Iran on its own – after all, the US' equipment can detect an Iranian missile six to seven minutes earlier than Israel’s best radar.

US Joint Chiefs chairman General Martin Dempsey told reporters in London this week that a military strike could damage but not destroy Iran’s nuclear capability, and added, “I don’t want to be complicit if they choose to do it.”

On Friday, the White House on reiterated President Barack Obama's commitment to Israel's security, claiming that the US' ties with Israel have never been closer.

"I can simply say that, under President Obama, cooperation with Israel between our military and intelligence communities has never been closer," White House Press Secretary Jay Carney told reporters.

"Assistance provided to Israel by the United States has never been greater than it has been under President Obama."
Posted by joe levin at 6:23 PM