Baltimore Rabbis Warn Convicted Sex Offender Could be in Area 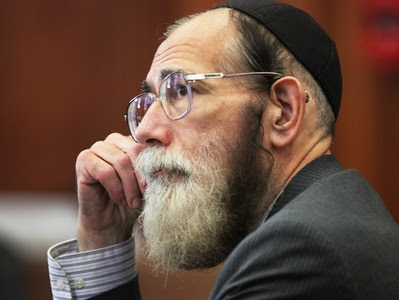 Leaders of Baltimore’s Orthodox Jewish community are taking steps to warn residents of the possibility that Rabbi Stanley Levitt, who pleaded guilty last month to molesting three boys in the 1970s in the Boston area, could be moving here.

In addition, Levitt, who also has lived in Philadelphia, was ordered to wear a GPS monitoring device during his probation, along with being forced to comply with the sex offender registry laws of any state in which he resides.

As part of his guilty plea, Levitt admitted to improper physical contact with a boy he visited in the hospital and to two similar incidents that occurred at his Massachusetts home in 1975 and 1976.

“We have an obligation to be vigilant and ensure that the shul remains a safe place for our children …” Rabbi Silber wrote. “If you see Mr. Levitt enter our shul, please notify me or one of the shul officers immediately.”

Rabbi Silber’s email comes at the same time that Shearith Israel Rabbi Yaakov Hopfer posted a letter with Levitt’s picture in his congregation offering similar warnings. The letter has circulated to several other area shuls and has been posted on multiple Jewish websites.

“Stanley (Zusia) Levitt … has faced multiple accusations that he molested young children in both Philadelphia and Boston,” Rabbi Hopfer wrote. “He recently pled guilty to these charges. This, of course, warrants our being cautious about him.”

She added that she is pleased to see such public, proactive steps being taken within the Orthodox community to warn members about Levitt possibly coming to Maryland, where one of his victims currently lives.


Aiken continued that this is a positive step to diffuse the perception that Orthodox Jewish leaders don’t do enough to combat child sexual abuse.


“Stanley Levitt fits the classic pedophile profile,” Aiken said. “He has never really accepted responsibility for his actions, and there is no reason to believe he will change his behavior.
I give a lot of credit to those leaders who stepped up and shared this information with the public.”
Ron Snyder - The Baltimore Jewish Times
Posted by joe levin at 9:28 AM