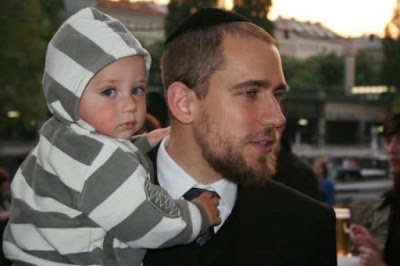 Austria - Rabbi Shlomo Hofmeister of Vienna’s Jewish community was repeatedly taunted with the “Hitler salute” by fans attending an Austrian soccer match this week, according to Die Jüdische Public displays of support for Nazis and their ideology are forbidden under Austrian law.

Although Vienna police were present at the match and witnessed the despicable acts, they refused to intervene despite several calls by Rabbi Hofmeister to do so.

The rabbi said he intends to file a complaint with the Vienna police.