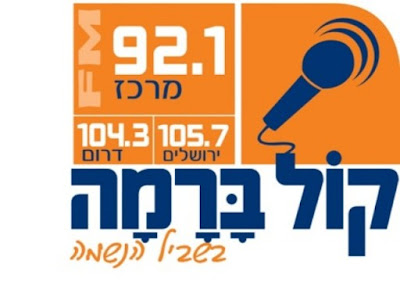 Jerusalem - The religious women’s rights group Kolech announced on Tuesday that it has filed a class action suit with the Jerusalem District Court against haredi radio station Kol Berama, demanding NIS 104 million in damages for discrimination against women.


The lawsuit claims that since the station took to the air in 2009 it has adopted a policy preventing women from working as broadcasters or appearing as interviewees.

“The fact that in the name of Jewish law, women are excluded from the public realm, contradicts the value of human dignity and the perspective that women, like men, were created in the image of God.”

Kol Berama strongly criticized the lawsuit, saying that for the last six months it has “allowed any female public figure who wanted to be interviewed to do so, as well as providing for female listeners to speak on air in some programs,” in compliance with an agreement reached with the Second Authority state media regulator.

Outside of these parameters, however, the station does not in general employ female broadcasters or grant airtime to female callers.

“We were excited to discover that the Reform organizations and NGOs, which filed petitions with the High Court of Justice against the establishment of the radio station before it was even set up – in order to withhold from an entire sector of society the right to listen to media which accords with their beliefs and lifestyle – have reversed their opinion and appointed themselves as spokespeople for women from this sector,” the station said in response to the suit.

The Reform Movement petitioned the High Court of Justice before Kol Berama was established in 2009 in opposition to the request for a broadcast license by the nascent radio station. The rejected petition argued that the number of available radio wavelengths is limited and that the Sephardi haredi community was already served by Radio Kol Hai.


To support its lawsuit, Kolech commissioned a survey of Kol Berama’s listeners, conducted by the Sarid Institute, which showed that 40 percent of responders said they were offended by the fact women were not allowed to speak on the station’s airwaves and that men spoke for them.

Referring to the survey, Kol Berama said that it called on the organizations in question to peruse “thousands of faxes sent by the station’s female listeners” supporting its current policy, “which, contrary to anonymous surveys, include the full details of those who voiced their support.”

Orly Erez-Lahovsky, an attorney for the Israel Reform Movement who filed the suit, said that the station’s policy violated anti-discrimination laws.

“From the outset, Kol Berama has excluded women from its broadcasts,” said Lahovsky.

“The lawsuit cries out the cry of silenced haredi women who are entitled to have their voices heard on the airwaves of a radio station which receives a state media license.”

Kol Berama called on Kolech and the Reform Movement to respect “the beliefs and outlook of the majority of the community, men and women together.”

Riki Shapira, an attorney for the Reform Movement involved in the case, rejected the station’s argument, saying that it is illegal for any company serving the public to discriminate against any recipient.

“What if they didn’t want to have Ethiopians or Arabs on the air, would that be okay?” Shapira asked, adding that whether a majority of listeners agreed with the policy was irrelevant to the enforcement of the law.

Shapira also expressed opposition to the accommodation reached between Kol Berama and the Second Authority, and said that the Justice Ministry was currently examining the agreement.

“Where are we living, in Israel or Iran? This is a liberal, democratic state where the rule of law is enforced, including the prohibition against discrimination.”

Source:  Jerusalem Post
Posted by joe levin at 9:59 AM