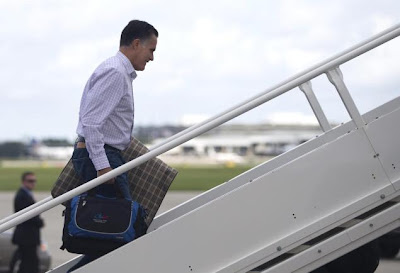 TAMPA — A Secret Service agent left a surprise in the bathroom of Mitt Romney’s plane Wednesday — her gun.


The plane was shuttling the GOP challenger from the convention in Tampa to a quick campaign stop in Indianapolis when the agent used the water closet and had her moment of mile-high forgetfulness.

Her piece was later found in the plane’s privy by a reporter and eventually returned to the member of Romney’s security detail who’d left it behind.

“The incident is being investigated, and it will be handled internally and in an appropriate manner.”

The unnamed agent was not on the return flight to Tampa, officials said.