Private investigator: Get Refuser Found Thanks To Motorcycle 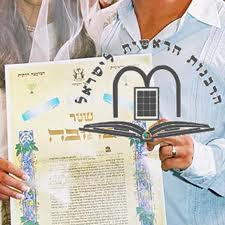 Private investigator tracks down man who disappeared and assumed new identity, after refusing to divorce his wife, thereby stopping her from marrying anyone else.

A man who refused to divorce his wife disappeared and changed his name, thereby preventing her from marrying someone else. A private investigator found him at a high-school reunion.

According to Yedioth Ahronoth, in 1990, a woman whose husband spiraled into deadening debt wanted a divorce.

Her husband refused, and after a while disappeared. The woman was left tied to him by marriage, with a child, and without child support.

Years have gone by, and there was no word from her husband. Private investigators she hired were unable to trace him. Some even claimed he was dead.

That is until the arrival of Victor Sananes, a private investigator who was hired by rabbinical court and who decided he was not going to give up until he found the missing husband.

So Sananes started to notice the tiniest details in the man's life. Crossing the invite list to a reunion, held by the Israel Goldstein Youth Village where the man went, with the fact that he was a motorcycle fan led Sananes to suspect a man, invited to the reunion, whose Facebook profile picture was that of a motorcycle.

So Sananes placed surveillance on the reunion. When the man indeed identified himself as the man in question, the discovery was certain.

Determining the man's identity, Sananes sent police forces to his house, claiming a domestic disturbance call was made. The wife, who accompanied Sananes to the man's house, immediately identified her husband when he stepped outside to talk to the police.

The man admitted to have disappeared due to his debts and to have assumed a different identity, and last week, after years of goose chase, the woman finally got her divorce.

Rabbi Eliyahu Meimoun, the head of Aguna cases (cases in which a husband refuses to divorce his wife) in Rabbinical courts said: "We didn't give up. The investigators who claimed he was dead had no proof. This rare incident shows one shouldn’t give up."
Posted by joe levin at 5:19 PM