Carlisle Brigham, She was just hours from turning her life around

Carlisle Brigham and Anthony Champalimaud pose together. Ms Brigham died after what appears to be a tragic accident on the stairwell of the Manhattan apartment she was staying at 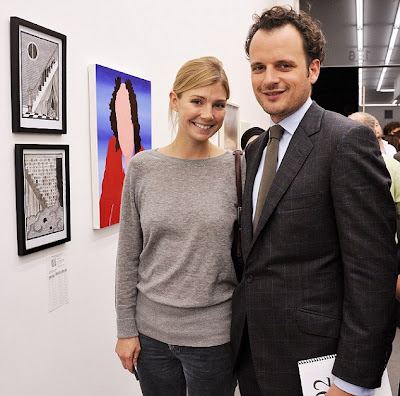 She was just hours from turning her life around.


The tragic, troubled daughter of the city’s former budget chief, who fell to her death down a flight of stairs after a night of boozing with pals, was about to enter rehab, sources told The Post yesterday.

Carlisle Brigham, 29, was found at the bottom of a stairwell on the Lower East Side Monday morning following a booze-fueled get-together with college friends with whom she had attended a wedding in Virginia.

Her drinking had become so problematic recently that her desperate dad, James Brigham — who served under Mayor Ed Koch — was flying in to try to put a stop to it, sources said.

James, the chairman of a St. Louis investment bank, was scheduled to take his daughter to a rehab facility for alcohol and possible drug addiction, the sources said.


The beautiful blonde (inset) appeared to have stumbled in her high-heel shoes and tumbled down the steep stairwell.

The medical examiner yesterday ruled her death an accident. Initial autopsy results were unclear about whether alcohol played a role.

There was so much blood around her neck when her body was found at 10:33 a.m. that investigators initially theorized that she’d been slashed.

But they later said it appeared she shattered her chin when she fell at 191 Orchard St., where she had stayed overnight with a male friend.

Sources said that Carlisle Brigham had been depressed over the breakup of her year-old marriage to Anthony Champalimaud, a Manhattan executive for an Asian hotel conglomerate, who was in the United Kingdom when she died.

“We shall forever remember her gentle and graceful demeanor, captivating spirit and intensely giving nature,” the family said in a statement.

“She was known to enchant all those whom she met.”