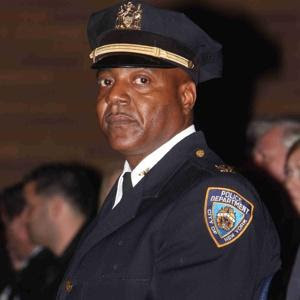 
Officer Veronica Schultz told a jury in Brooklyn federal court that she was routinely sexually terrorized by superiors at the Jamaica-based precinct for years — including a 2007 incident in which Sgt. James Briones allegedly showed off a risqué video of Schultz with her pants down to other wide-eyed cops.

“I was horrified,” said a teary-eyed Schultz, adding Briones encouraged other officers to “check out her ass” while playing the video at work on his personal laptop computer.

The video was taken while she performed a dance at a department talent show.

Schultz is also suing her former captain, Michael Blake. Both Briones and Blake — who were also in court yesterday — deny any wrongdoing.