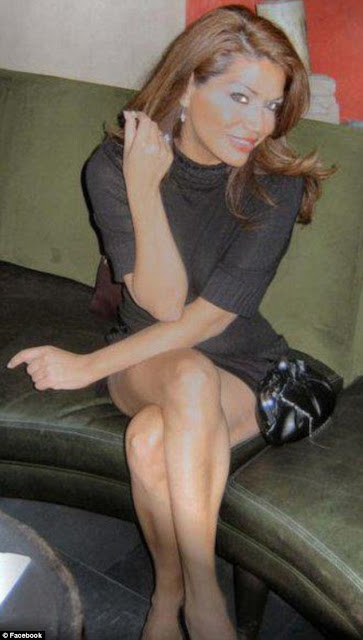 OREM -- Dr. Joseph Berg, the Orem plastic surgeon who pleaded guilty to kidnapping his girlfriend earlier this year, was found dead in a north Orem home on Monday, along with that same girlfriend, 49-year-old Luz Schwartz. The pair was found dead at 479 E. 1450 North just before noon on Monday.


Sgt. Craig Martinez with the Orem Department of Public Safety said police received a call shortly before noon Monday from one of Berg’s relatives who went to check on him. Martinez said the cause of death won’t be known until autopsy and toxicology reports are released, but said there were no obvious signs of trauma.

The police are merely calling the deaths suspicious at this point.

Realtor Jeane Tanner with Summit Realty said the house where Berg and Schwartz were found dead no longer belongs to Berg. She said the home was sold on July 12. Martinez said a family member of Berg’s was renting the home and that Berg did not break into the residence.


Martinez also says the couple had been out to dinner with family members Sunday evening, meaning the deaths occurred sometime between Sunday night and late Monday morning.

Berg, 47, pleaded guilty to kidnapping in December; he was sentenced to 180 days in the Utah County Jail for that and two other felonies. He was arrested in November, when officers responded to an abandoned 911 call. Police said he had tied Schwartz to a dresser with tape, stuffed a rag in her mouth and dragged her down the hall by her hair. Schwartz later testified for Berg saying the incident was a misunderstanding.

Martinez said Berg got out of jail on Aug. 23. He was incarcerated for just less than four months. Prosecuting attorney in the case Craig Johnson said Berg got out early for good behavior. He said this is a shocking turn of events.


“This is a tragedy, not only that Berg is dead but that someone else is dead with him,” Johnson said. “Obviously, something went horribly wrong.” Johnson said the news shocked him and that the Utah County Attorney’s Office will continue assisting the Orem police in any way necessary as the investigation continues.


Berg lost his licenses to practice medicine and prescribe narcotics in January. The state Division of Occupational and Professional Licensing’s order determined he was not physically or mentally fit to practice. After a DOPL hearing in November, further allegations surfaced that Berg had been seen using drugs at his office, that he had passed out at work and that his entire staff quit en masse because they felt he had become dangerous.

The DOPL stipulation included an admission from Berg that he did in fact have a “severe and debilitating addiction to prescription drugs.”

Most recently, a former patient filed a civil lawsuit against him, alleging that he committed health care malpractice, battery and negligence during the follow-up of a plastic surgery. Jennifer Swalberg alleged that Berg cut her open when she was not properly anesthetized, that he poked her with a pickle fork and left her in pain and disfigured. The documents also allege that the patient found Berg on the floor, eyes open and glazed, at one of her appointments.
Posted by joe levin at 8:07 AM