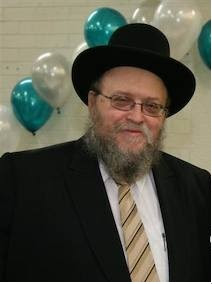 
The Feldmans were ordered by the court in March 2011 to pay a tax liability of more than $500,000 incurred by their previous school, Yeshiva College in Dover Heights, in 2003.

Last month, The AJN reported that former Yeshiva College Dover Heights director Henry Kinstlinger had committed the act of bankruptcy due to the debt not being paid, and had subsequently taken action against the Feldmans.


Associate Justice Philip Hallen had given the Feldmans until last Friday to either pay the full amount of the debt or come to an arrangement with the Australian Tax Office (ATO).


But in court last Friday, lawyers for both the Feldmans and Kinstlinger told Associate Justice Hallen that a proposal was being considered for an instalment arrangement between the Feldmans and the ATO, resulting in judgement being stayed until Friday, September 7.

A signed document formalising this arrangement must be provided to the court before that date.

Lawyer Dinesh Ratnam, speaking on behalf of the Feldmans, told The AJN that the negotiations – involving both Kinstlinger and the ATO – had been amicable and he expected they would be concluded in time.

“The negotiations are positive with all parties, but obviously time is needed,” he said.

Yeshiva spokesperson Rabbi Eli Feldman told The AJN he was hopeful for an out-of-court settlement.

“Our preferred option is always a negotiated agreement,” he said.

The same tax bill was also the subject of court proceedings last year by the Feldmans against Blake Napier Limited, the trust that took ­ownership of the Yeshiva College Dover Heights campus – now the site of Kesser Torah College – from the Feldmans in 2003.

Blake Napier Limited had agreed to pay the tax, while Rabbi Pinchus Feldman had agreed to a restraint that he would not be either directly or indirectly involved in opening a new school within 18 months.

Blake Napier Limited argued that this restraint was breached, with both the trust and Kesser Torah College launching a counter claim against the Feldmans. Those cases were withdrawn from the Supreme Court in September last year when the parties involved elected to pursue mediation.


By GARETH NARUNSKY - www.jewishnews.net.au
Posted by joe levin at 8:48 AM