A State Police helicopter made a hard landing in Steuben County, N.Y. 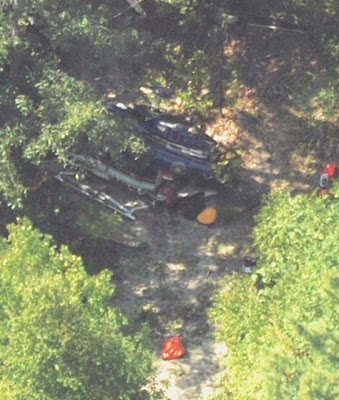 A New York state trooper was injured when the police helicopter he was piloting made a hard landing due to mechanical problems.


The incident happened at approximately 11 a.m. on Friday near Bath in Steuben County off Interstate 86.

Police say the pilot was returning from a search for a missing person in an Aviation Bell 407 helicopter when he experienced an in-flight mechanical emergency and lost power.

The trooper made a controlled descent, which resulted in a hard landing.

The trooper suffered non-life threatening injuries and was transported to Strong Memorial Hospital in Rochester.

The cause of the incident is under investigation.
Posted by joe levin at 6:15 PM