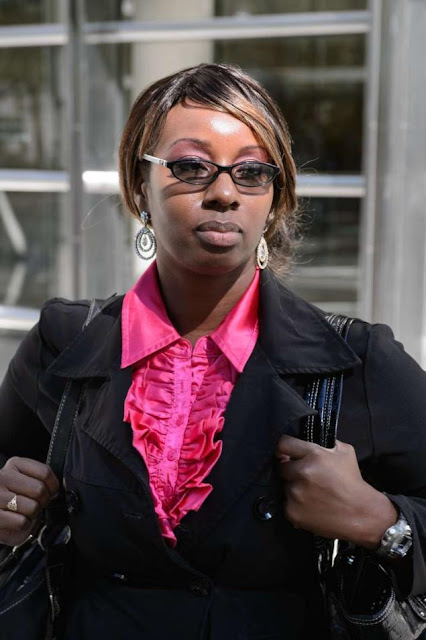 A sexual harassment suit against a top NYPD official is bogus because the deputy chief’s accuser is “lying,” the accuser’s former best friend and fellow cop testified Wednesday.


Officer Michele Alexander came to the defense of Deputy Chief Michael Blake in the civil trial in Brooklyn Federal Court.

Blake, 51, who has been accused by Officer Veronica Schultz of having "numerous sexual relationships" with female officers of the 103rd Precinct and rewarding them with favorable assignments.

Schultz has sworn in a deposition that Alexander gabbed in the locker room about her fling with Blake, reveling in details such of his taut physique.


She even played Schultz a voicemail message of Blake complaining that Alexander had invited another man to her home despite a planned rendezvous with Blake.

The high-ranking chief shifted uncomfortably and shook his head as city lawyer James Lemonedes read a portion of Schultz's deposition that had Alexander regaling Schultz with Blake’s prowess in the sack.

But it’s all a lie, Alexander said under questioning.

"Did you have a sexual relationship with Chief Blake?" Lemonedes asked.

Alexander, who has filed her own sexual harassment complaint against another lieutenant from the precinct, insisted her complaint is "true." She said Schultz was a cop with integrity until she made her accusations against Blake.

Schultz's suit also alleges Sgt. James Briones created a hostile work environment in the precinct's youth unit by making sexually inappropriate comments to her and at least one 15-year-old girl in the program.

She claims Blake ignored her complaints and Briones drummed her out of the unit because she rejected his romantic overtures.

Blake and Briones have denied the allegations.

Alexander acknowledged that before her falling out with Schultz she had advised the fellow cop to take notes and make secret recordings to bolster her sexual harassment complaint.