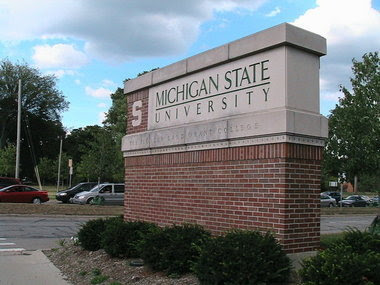 Journalism sophomore Zachary Tennen said he was assaulted in what his family has described as an anti-Semitic hate crime on the 500 block of Spartan Avenue early Sunday morning.


Zachary Tennen’s mouth was stapled shut at both his gums and lips while about 20 people at a party watched after he was knocked unconscious at about 1:30 a.m. early Sunday morning, he said in a statement that his father, Bruce Tennen, said was sent to the East Lansing Police Department.


Zachary Tennen said two college-aged males approached him at the party and asked if he was Jewish, after the three had previously talked about other things, the statement said.

He answered yes, and the two men assaulted him, Zachary Tennen said.

“They knocked me down really hard … and I assumed someone would help me,” Zachary Tennen said in the statement. “But after some guys at the house basically kicked me out, I had to get a cab.”

His jaw was severely broken in two places during the assault. Zachary Tennen said he took a cab to Sparrow Hospital in Lansing on Sunday to receive immediate treatment for his injury.


“I’m really, really upset in a few ways; First of all it is a terrible experience, physically and also mentally to know someone would do something like this,” he said before his surgery, despite the difficulties for him to talk.

“It almost seemed like they tried to kill me, and to think about that in my brain, physically — it isn’t very pleasant.”

Police were not at the scene of the party, and no one at the party stopped the incident from occurring, he said.

No officers from the East Lansing Police Department would confirm the incident occurred, but Bruce Tennen said he contacted the police and filed a report.

In response to inquiries regarding the incident, MSU spokesperson Kent Cassella released a university statement relating to the assault.

“Michigan State University’s Student Affairs and Services office has reached out to the family of the student assaulted in East Lansing to provide the academic and other support the student needs,” Cassella said. “MSU will work with the student and his professors to ensure he can fulfill his academic requirements, as we would with any student in need.”

Bruce Tennen said his son is slated to have surgery on his jaw Monday evening near his home in Franklin, Mich., adding he is overwhelmed that this happened to his son. He said his family has never experienced a hate crime such as this.

Bruce Tennen said he plans to contact the Anti-Defamation League and the FBI regarding the incident.

“The whole thing is unbelievable; Clearly it was a hate crime,” he said. “I personally intend to do everything in my power to see that justice is served.”


Statenews.com
Posted by joe levin at 8:50 AM