Today at the Empire State Building 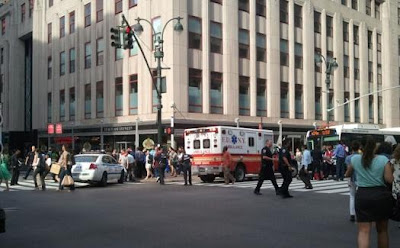 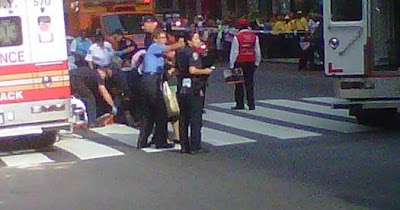 A dispute between coworkers exploded into gunfire outside the Empire State Building this morning, leaving at least two dead including the gunman and an innocent bystander -- and a total of 10 people shot, sources said.


Responding cops killed the gunman shortly after 9 a.m. at the jam-packed intersection of 34th Street and Fifth Avenue.

It's unclear what sparked the deadly argument, which happened in the heart of the morning rush on a street loaded with commuters and tourists.


The shot bystanders include a female who died from her wounds, the sources said.

Others were shot in the buttocks and legs.

The victims were taken to St. Luke's Hospital and Bellevue.

Traffic is being diverted around the scene.