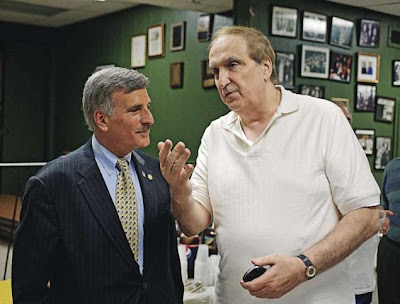 It was unclear how much money was involved and who requested the secrecy agreement, The Times said. But Gloria Allred, a high-profile Los Angeles lawyer, was involved in the case, the report said.

One lawmaker told the Daily News on Friday that a woman had previously accused Lopez of harassing her. Assembly leaders told Lopez to keep her on the payroll even though she didn’t have to show up for work, the lawmaker said. It was unclear if that was the case in the new report.

The revelation emerged after The News learned that Lopez had a chance to defend himself against sexual harassment charges — but didn’t bother to show up.

Lopez, according to documents made public Saturday, refused to testify before the Assembly Ethics Committee investigating the charges against him. He opted only to send a letter from his attorney refuting the charges.

“Assemblyman Lopez chose neither to come before the committee or provide a sworn statement,” the Ethics Committee wrote to Silver (D-Manhattan).


By Glenn Blain / NEW YORK DAILY NEWS
Posted by joe levin at 7:28 AM