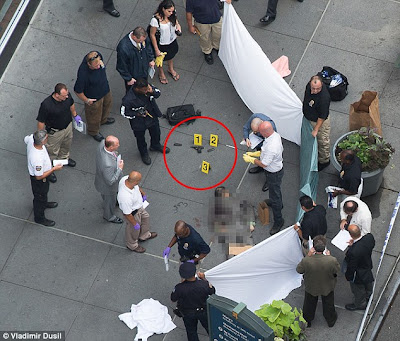 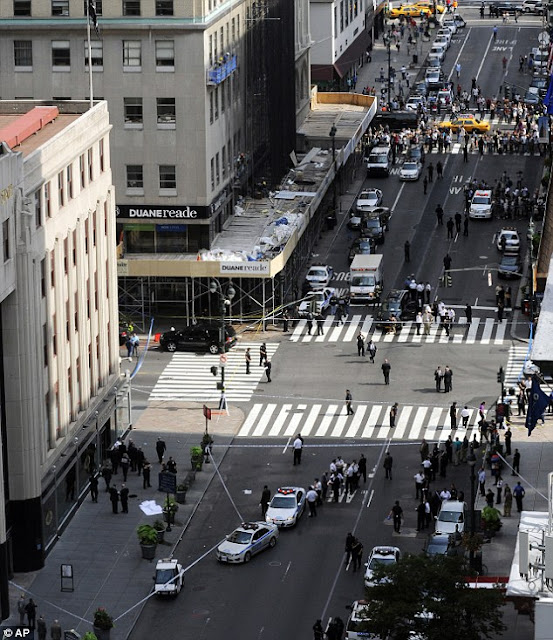 Syrian Owner of Hazan Imports Was at Work During Gunplay


The gunman who opened fire outside the Empire State Building, killing one person and injuring several others, was a disgruntled former worker at a nearby company owned by a Syrian Jew, sources told the Forward.

Owner Ralph Hazan was upstairs in the offices of Hazan Imports on W. 33rd St. when the suspected shooter, identified as Jeffrey Johnson, 53, opened fire near the landmark on Fifth Ave. in Manhattan just after 9 a.m., poice and sources said.

Johnson was killed in the gunfire, which also wounded nearly a dozen people.

A source in the community said the company, which makes women’s clothing and accessories, was once run by Ralph Hazan, of Deal, N.J., and his brother Isaac. Isaac Hazan passed away a couple of years ago following a long illness, leaving Ralph Hazan in charge of the company, the source said.


“He shot the guy in the head,” construction worker Chris Ogden, 23, told the Daily News “The guy went down. He took a second shot when he was down.”

The Wall Street Journal, quoting relatives, identified the victim as Steve Ercolino, 41, a manager at Hazan.

Johnson, who designed accessories for the company, reportedly was laid off from the company about a year ago. The gunman walked up to the victim and opened fire just after 9 a.m.

Johnson, who had no criminal record, tried to hide the .45-caliber gun in a bag and walk away, but witnesses chased after him and notified police, who confronted him on the street.

It was unclear if he was able to get off a shot before he was hit by police fire. Police bullets may have also hit bystanders, officials said.

“Some of the victims may have been shot accidentally by police officers,” Mayor Michael Bloomberg said.

Six people were rushed to Bellevue Hospital and another three to New York Hospital. Their injuries were not considered life-threatening.

Hazan Imports mostly made and distributed women’s handbags, according to another clothing manufacturer.

“Take the best of the past and infuse it with the best of today,” Ralph Hazan told the site. “We hope to enjoy a glorious ‘revival’ with both old and new audiences.”


The gunplay was not related at all to the Empire State Building itself, which sits in a busy commercial and tourist neighborhood. In 1997, a Palestinian gunman with a string of grievances opened fire on the 86th floor observation deck, killing one tourist and wounding six others.