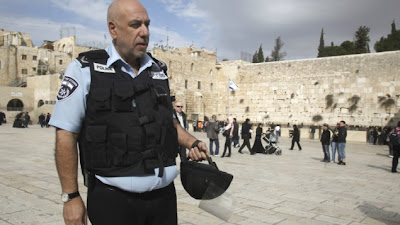 Nissan ‘Niso’ Shaham on Thursday stepped down from his post as Jerusalem District police chief amid severe allegations of sexual misconduct with a number of female subordinates.


Shaham’s resignation, which comes a little over a month after word of the suspicions, and the investigation against him, were made public, came at the behest of Israel Police Commissioner Yohanan Danino.

Complaints against Shaham include sexual assault, sexual harassment, and illicit consensual sex with female officers under his command.

Shaham and a subordinate, Nissim Edri, who is suspected of ignoring complaints about Shaham’s behavior, have been on forced leave since July 26, when the allegations were first revealed.

Shaham has denied forcing himself on any of the women, maintaining that all the sexual acts under investigation were consensual.