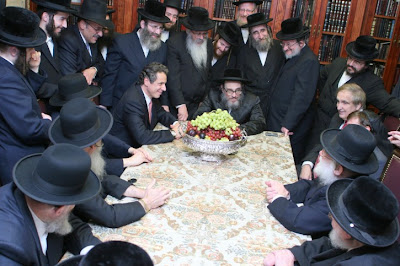 Gov. Cuomo today joined a growing chorus of voices calling for the resignation of Assemblyman Vito Lopez in the wake of his formal censure for sexually harassing female staffers.


“Sexual harassment at the workplace cannot be tolerated in any shape or form,” said Cuomo’s spokesman Josh Vlasto.

“These are serious allegations and if true, the Governor believes he should resign.”

Last week Assembly Speaker Sheldon Silver removed him as chairman of the housing committee, barred him from any leadership posts, and reduced his staff after an Ethics Committee investigation found “multiple incidents of unwelcome physical contact” to a young aide.

Lopez, who is also chair of the Brooklyn Democratic party, is being urged to relinquish both posts by many fellow Democrats.

Lopez, who represents Williamsburg and Bushwick, has also been under scrutiny for years over the non-profit that he founded, the Ridgewood Bushwick Senior Citizens Council, which has received millions in government funding.