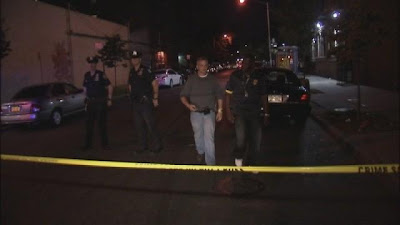 A 29-year-old woman is dead and three other people are recovering after a shooting in the Flatbush section of Brooklyn.


Police say it happened just after 9 p.m. Thursday in front of 40 Clarkson Ave.

Police say the woman who died was shot in the back. A 13-year-old boy what grazed in the back by another bullet.

The pair was rushed to Kings County Hospital in an ambulance.

Two men, ages 29 and 26 were also shot. They went to Kings County Hospital on their own.

The NYPD says there are no arrests and the investigation is ongoing. The identity of the woman who was killed was not being released until the family was notified.