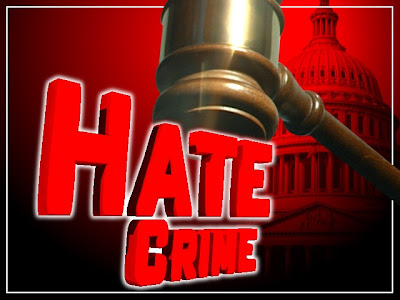 A Berlin rabbi was reportedly assaulted by youths in the city's western side on Tuesday, in what in a suspected anti-Semitic attack.


The man, 53, who was wounded in the attack, said the four men, reportedly of Arab extraction, who attack him also verbally abused his Jewish faith, and threatened to kill his six-year-old daughter, who was also present.

According to police, the four suspects fled the scene of the attack, which took place in the peaceful Schöneberg neighborhood. An investigation has been initiated by local police.

While it was not yet clear as to what was the precise motivation behind the attack, it is believed that it was anti-Semitic in nature.

President of the Central Council of Jews in Germany Dieter Graumann denounced the attack, sand said he was "dumbfounded."

According to Graumann, the incident represented an "assault on our values, ones of tolerance and liberalism."

Berlin Mayor Klaus Wowereit said that he denounced the "anti-Semitic attack in the harshest terms."

“After the murders in Toulouse we expected one of two things to happen.

On the one hand it could have sent shock waves across Europe that there is a massive problem and it has to be dealt with, leading to a lessoning of these types of attacks,” Kantor said.

“The other option was that the reaction would be meager and it would send a message to extremists that life continues as normal.”

“Unfortunately, the second option seems to have prevailed. Life goes on in Europe after such events as the Toulouse murders, but for the Jewish community life does not return to normal.

The murders created a gaping wound in our communal psyche which is widened with every additional attack and the lack of a clear, concerted and institutional response means that it will not heal.”

Earlier this week, a Jewish student at Michigan State University said he was attacked at an off-campus party in what he is calling a hate crime.

Just before the assault, which broke his jaw, Zach Tennen said his attackers asked him if he was Jewish, according to reports.

Tennen, 19, a resident of suburban Detroit, said he answered in the affirmative. He told WDIV-TV in Detroit that his attackers also "were making Nazi and Hitler symbols and they said they were part of the KKK."

Tennen was knocked unconscious during the attack, which took place early Sunday morning near MSU's East Lansing campus. The assailants stapled his mouth shut through his gums.

Others at the party watched as Tennen called a taxi to take him to the hospital. His mouth was surgically wired shut.


His family has called the Anti-Defamation League regarding the assault. Tennen plans to return to classes in a week.

The university in an email statement referred all questions about the police investigation to the East Lansing Police Department, as the incident occurred off campus.

"Michigan State University's Student Affairs and Services office has reached out to the family of the student who said he was assaulted in East Lansing to provide the academic and other support the student needs," the statement also said.

The ADL expressed its "outrage and horror" at the incident.

"We are horrified by this violent assault and allegations that the student may have been viciously attacked because he was Jewish,” said Betsy Kellman, ADL Detroit Regional Director.

“We are confident that the East Lansing Police will thoroughly investigate this deeply troubling case and, given the allegations, treat it as a possible hate crime.

We hope the perpetrators will be swiftly brought to justice.”
Posted by joe levin at 6:16 PM