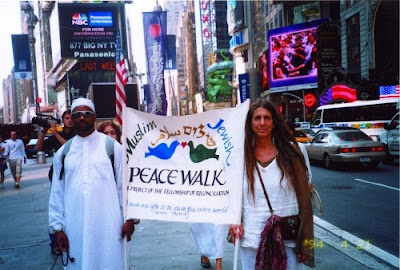 WASHINGTON -- – Two conservative groups called on the Obama campaign to sever ties with a "radical" on its newly-released list of more than 600 rabbis who support the president's reelection.

The campaign rejected the demand.

The Republican Jewish Coalition on Thursday “expressed profound outrage” that Rabbi Lynn Gottlieb, a Renewal rabbi from California that the RJC described as a "radical rabbi", is part of Rabbis for Obama, which was launched Tuesday.

Gottlieb sits on the advisory board of Jewish Voice for Peace, a group that is active in the campaign to use boycott, divestment and sanctions to pressure Israel into ending the occupation of the West Bank, and that has no official position on whether Israel should exist as a Jewish state.

Gottlieb is one of eight Jewish Voice for Peace members on the list.

“By promoting and showcasing Rabbi Gottlieb as one of Pres. Obama’s supporters, the Obama campaign lends legitimacy and credibility to a rabbi whose extreme views are well beyond the mainstream of the Jewish community and the mainstream of America,” the RJC wrote in a statement to JTA.

Joining the RJC in calling on Obama to distance itself from the eight JVP members was the Emergency Committee for Israel, a group that has backed Republican candidates for Congress.

"It was particularly shocking to see that your campaign had recruited, and was touting the support of, rabbis who have no commitment to Israel’s security, and whose values are representative of a small and extreme group of anti-Israel activists – and certainly not of the pro-Israel community," William Kristol, ECI's founder, wrote in a letter to Obama.

The Obama campaign dismissed the call to remove anyone from the list.