Pamela Weisfield, 40, Mother-of-two who documented fight against liver and brain cancer to thousands on Facebook dies FIVE WEEKS after being diagnosed 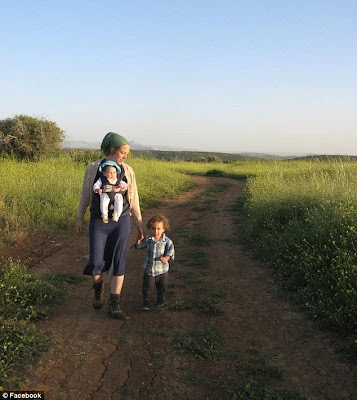 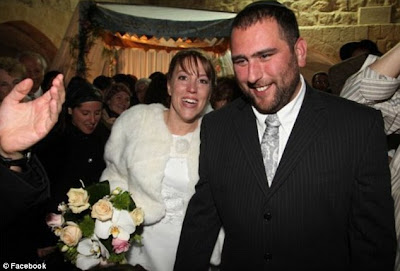 A New Jersey mother-of-two who documented her fight against four types of cancer to thousands on Facebook has died just five weeks after being diagnosed.


Pamela Weisfield, 40, passed away in Jerusalem, where she had emigrated to with her family six years ago, and more than 3,400 'friends', who had been following in real time her nail-biting, and ultimately failed, battle with brain, liver, breast and bone cancers, are mourning her death.

'The CT scan showed the cancer has spread everywhere and is beyond treatment. She is losing brain function and the doctors say she does not have long.'

According to Haaretz.com, the Facebook page began as an effort by Weisfeld's friends to raise money for her family and ask for prayers to help her in her battle.


But it soon snowballed into a place where the community could wish her well and support each other through the heart-breaking illness.

Weisfeld started experiencing back pain just under four months ago, while still breast-feeding her eight-month-old son Tehila Anael, and a subsequent visit to her doctor uncovered a lump in her breast.

She underwent both chemotherapy and radiation treatments but succumbed to the onslaught of cancers just five weeks after being diagnosed.


Shmuel broke the news of his wife's death in a Facebook post just two hours after his note about her deteriorating health shocked readers.


'Please say tehillim (a prayer) for the rising of the soul Ayala bat Leah who passed away this afternoon with her family around her,' he wrote, calling Weisfeld by her Hebrew name and the name of her mother.

'She will be deeply, deeply missed.'

A funeral for Weisfeld, who also had a two-year-old son, Shoham Adiel, was held on Tuesday and the Facebook page has been flooded with condolences.

Rabbi Yehoshua Looks told Harretz that the incredible chronicle of Pamela's fight against cancer shows the power of the internet to bring people together in a crisis.

'It is remarkable how everyone came together,' he said. 'It tells you something about the power of social media to bring a world into a tragedy.'
Posted by joe levin at 8:18 AM