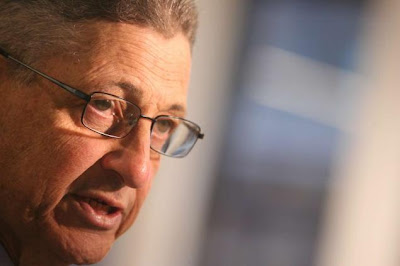 Assembly Speaker Shelly Silver admitted Tuesday that he made a mistake when he authorized a covert $103,000 payout to settle a sexual harassment claim against pervy politician Vito Lopez.

While defending the June settlement payment as “legally correct and ethical,” Silver acknowledged that keeping the deal quiet was not the right move.


“It was the wrong one from the perspective of transparency,” Silver said.

The mea culpa from the powerful Assembly Speaker came just hours after Lopez — a longtime Silver ally — announced that he would surrender his position as Brooklyn Democratic party boss but continue to run for reelection to the Assembly.


Lopez, the 71-year-old veteran Brooklyn pol, has been under pressure to resign since Friday when he was stripped of his Assembly seniority and leadership positions in the wake of an Assembly ethics committee finding that he groped and sexually harassed two women on his staff.

Silver, too, came under fire when news broke of a third woman who received the covert settlement.


Gov. Cuomo weighed into the mushrooming scandal Tuesday, calling it “really troubling” and “disturbing” and demanding a probe by the state’s Joint Commission on Public Ethics.

“Let’s have the facts,” Cuomo said. “If the facts are true about Mr. Lopez and the incidents of harassment, I think he should resign.”

But Lopez has flatly refused to resign the Assembly seat that he’s held since 1985, promising to dig in his heels against the lurid charges made by his former female staffers.

“I have never sexually harassed any staff and I hope and intend to prove in the coming months the political nature of these accusations,” he said in a statement that was issued in all capital letters.


A committee of his state Assembly peers already determined Lopez had groped one staffer’s legs and inappropriately discussed their clothes and bodies.

An attorney for the two accusers in the matter that went to the Assembly ethics committee was infuriated by Lopez’s decision to run again in November for his Assembly seat.

“Mr. Lopez’s partial resignation is wholly insufficient,” said lawyer Kevin Mintzer. “The notion that Mr. Lopez will continue to be in a position to sexually harass other Assembly employees is intolerable.”


Gloria Allred, the attorney who represents the woman who received the covert payment, also weighed in Tuesday, largely to refute suggestions from Silver’s office that her client refused to testify before the Assembly ethics committee.

“In any sex harassment case that our firm ... has ever been involved in, we have never requested or insisted that a legislative committee or other body not proceed with an investigation,” she said, adding: “To the contrary, we believe that it is in the interest of good government and working women that there is full accountability and transparency about workplace sex harassment.”

The Assembly reached a June 11 legal settlement with Allred’s client, who never testified before the panel probing Lopez.

The money was paid to Allred’s New York co-counsel.