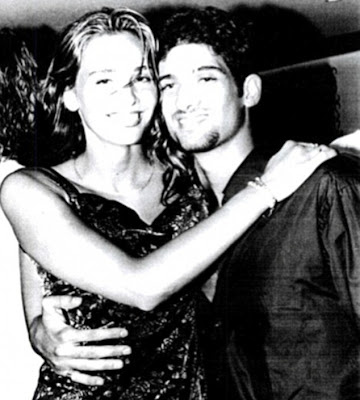 A deceased French-Jewess has been the subject of great embarrassment for the Saudi royals, and not least due to her entanglement with a royal as a foreign non-Muslim.

The lady, whose death caused by falling from a fourth-storey apartment is now being investigated as suspicious, was already embroiled in a high-profile custody battle with the Saudi prince.


Candice Cohen-Ahnine, 35, mother of the Saudi-fathered daughter, Aya, fell from her Paris apartment on Thursday night.

What was seen at first glance as an accident has come under the police radar as suspicious after reports Sunday in the French press indicated that Ms Cohen-Ahnine had slipped and fallen to her death "as if she was escaping something dangerous".

Reports by The Daily Telegraph are unearthing an interesting story. "What I can tell you is that it wasn't a suicide," witnessed her lawyer, Laurence Tarquiny-Charpentier. She admitted the death appeared to be “some sort of accident", and was none the wiser as to any foul-play. She said there were witnesses, and more information expected.

"She was a woman who was a real fighter and a very positive person, and plus, there were plans to see [her daughter] Aya in mid-September. That was her greatest motivation of all."

Ms Cohen-Ahnine penned a book recounting her battle to "get back" her 11-year-old daughter, Aya, who the mother says has been held hostage by the girl's father, Prince Sattam al-Saud from the Saudi royal family, since September 2008.

Shut out of her daughter's life

In a tale crammed full of oriental intrigue, she tells her story of the predicament she found herself in as a foreign mother to a Saudi royal's daughter whose options were limited: to be the prince's second wife, or give up her daughter.


Arabian palace kidnapping, intimidation, and cloak and dagger escape, she had quite the yarn to spin for a best-seller book.

When she acquiesced to visit Prince Sattam with her daughter in 2008, she was locked up in a Riyadh palace, and accused of the 'heinous crime' of being a Muslim convert to Judaism, a status that carries the death penalty in the Kingdom. But for a maid leaving a door open she might never have freed herself from the dedicated father's clutches.

In January a Paris court ordered Prince Sattam al-Saud to hand over custody of his daughter to her mother and provide child support of euros 10,000 ($11,825) a month. But the prince less-than-charming reportedly paid no heed to those courts, saying he'd do a runner rather than face the French music: "If need be, I'll go like [Osama] bin Laden and hide in the mountains with Aya."


However, according to Ms Cohen-Ahnine's lawyer, relations between the estranged couple did improve, and a scheduled visit with Aya was due to go ahead this summer.

Cohen-Ahnin crossed paths with the Prince in London and their daughter was born in November 2001.

Their relationship survived until 2006 when he allegedly announced he had to marry a cousin, but that she could be still be his wife - number two. She refused to play second fiddle and they separated.

As for the Prince himself, he denies ever kidnapping the girl or her mother, and seems to have gotten away scott-free in the whole business if he is at all guilty of foul-play.

It is reported that after three years of being investigated, Prince Sattam al-Saud has not been issued with an arrest warrant.

What do you think of the mysterious death of this French woman? Do you think the Saudi Prince is tied up in her seemingly suspicious demise?
Posted by joe levin at 8:39 AM