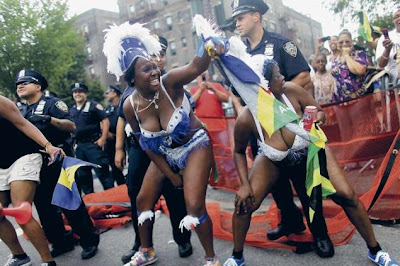 News of the disciplinary action, first reported by the New York Times, comes almost one year after the Labor Day weekend celebration.

About 150 comments were posted on the page, referring to parade revelers as "savages" and "animals."

Investigators found that about 20 of the people who posted comments matched the names of NYPD police officers.

The annual parade has become one of the city's largest events.

It is heavily policed and has been linked to violence. Last year, three shootings were tied to the parade.