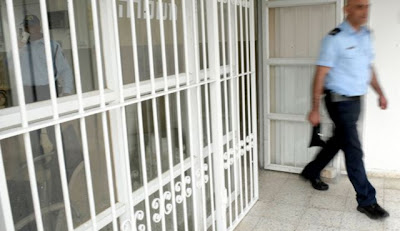 A controversial ultra-Orthodox organization that seeks to protect Jewish graves is calling this week's early-morning arrest of a Beit Shemesh man with U.S. citizenship "unjustified and totally outrageous."


Thirty-eight-year-old Chizkiya Kalmanowitz was released by police on Thursday afternoon after his attorneys posted a NIS 50,000 bond.

He was in custody for three days after police accused him of trying to steal bones on July 26 from a contested archaeological site along Route 38 near the community of Eshtaol, some 30 kilometers outside of Jerusalem. A major road construction project of Route 38 is underway near the site.


"The rabbi and one other suspect were arrested on suspicion of trying to steal bones from one of the graves and were questioned in the Jerusalem District," said Superintendent Micky Rosenfeld, a police spokesman. "The police investigation is continuing."

Kalmanowitz, who holds dual U.S.-Israeli citizenship, is a high-ranking member of Atra Kadisha, a small, decades-old fringe group of Haredim that views as its mandate the protection of Jewish graves.

It has clashed bitterly in recent years with Israeli authorities and fellow Haredim over the protection of ancient grave sites and whether, and under what circumstances, graves can be exhumed.

According to Kalmanowitz's wife, Hindy, who is an American citizen, Kalmanowitz was arrested at his home Tuesday when police arrived with a search warrant at 4:30 A.M. They confiscated computers, files and cash in front of his eight children, she said.

"To come to a man's home in an early morning raid and arrest him in front of his wife and children is unjustified and totally outrageous," Rabbi David Shmidel, leader of Atra Kadisha, told Haaretz.

On the day of Kalmanowitz's arrest, more than 100 Haredim demonstrated at Jerusalem's Shabbat Square and tried to block the intersection while calling for the release of Kalmanowitz and another suspect.


Yehuda Fried, an attorney for Kalmanowitz, said his client was an engineer and consultant "with an international reputation" to whom communities and developers frequently turn when grave sites are threatened.

He said Kalmanowitz was abroad when seven Haredi protesters were arrested at the archaeological site on July 26, and he questioned the decision by law enforcement officials to arrest him a month later.

Fried acknowledges that his client has been accused of trespassing and damaging property but disputed police reports that Kalmanowitz was accused of any involvement in the reported theft.

Fried claimed Kalmanowitz's arrest was "political" and likely the result of simmering tensions with competing grave-preservation groups in the Haredi community.
Posted by joe levin at 8:48 AM