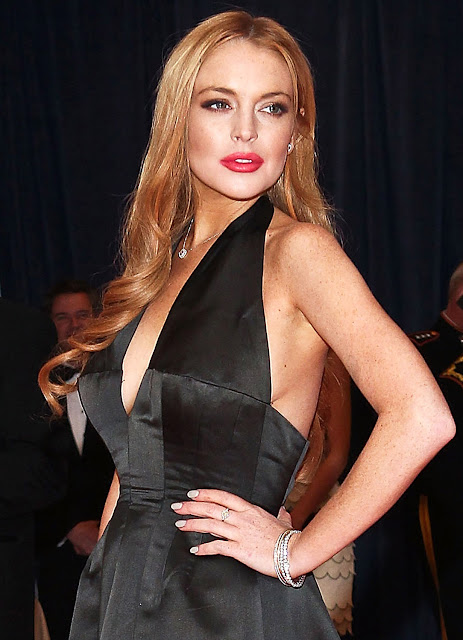 Lindsay Lohan has often been accused of having sticky fingers — but so far, none of the charges against her has stuck.

The Los Angeles Police Department considers her a suspect in the theft of $100,0000-worth of watches and sunglasses — and the “Herbie Fully Loaded” star could be facing serious jail time if she is found to have violated her probation, TMZ reported Monday night.

Lohan’s latest legal woes erupted last week when she and her assistant, Gavin Doyle, were party guests at the Hollywood Hills home of millionaire Sam Magid, who later called cops to report a jewel theft.

Lohan tried to leave the all-night party at around noon the next day, Aug. 20, but the owner realized several expensive watches and some sunglasses were missing before she got the chance.


He told everyone to stay and then called cops.

Although Magid recanted his story about his missing goods just days after reporting the theft, sources said cops have continued with their investigation and believe they have independent witnesses who will identify Lohan and Doyle as the thieves, the Web site said.


In 2010, Lohan was suspected of stealing a $35,000 Rolex watch, and fur flew in 2008 when she was accused of ripping off an $11,000 mink. Both incidents were eventually deemed misunderstandings and she was not charged.

LAPD detectives contacted lawyers for Lohan yesterday, asking for an interview with the two suspects, but were rejected, TMZ added.


A representative for Lohan, 26, declined to comment. Cops told The Post they’re meeting with the DA, and the case is still under investigation. An announcement is likely Tuesdau, they said.

Lohan is still on probation from an earlier theft case involving a necklace swiped from a Venice, Calif., jewelry store a year ago. If she’s found guilty this time, she could go to jail for violating her probation.

Lohan is also being investigated for lying to police after a car crash in which she said she was just a passenger in the car. Cops think she was the driver. TMZ says the case will be referred to prosecutors and the L.A. City Attorney for a possible probation violation.

Lohan also recently completed filming the Elizabeth Taylor biopic "Liz and Dick," during which she tweeted photos of the jewelry (all fake) she wore on set.

Props of Taylor’s famous large diamonds, including the gargantuan 33-carat engagement ring that Burton gave her, were fakes, but Lohan gleefully posted pics of them on Twitter, with the following message:


“Cleaning MY jewels :) ...... I love feeling like Elizabeth @DameElizabeth @damelindsay.”