Pearlperry Reich, The New York Jew who wandered from the flock 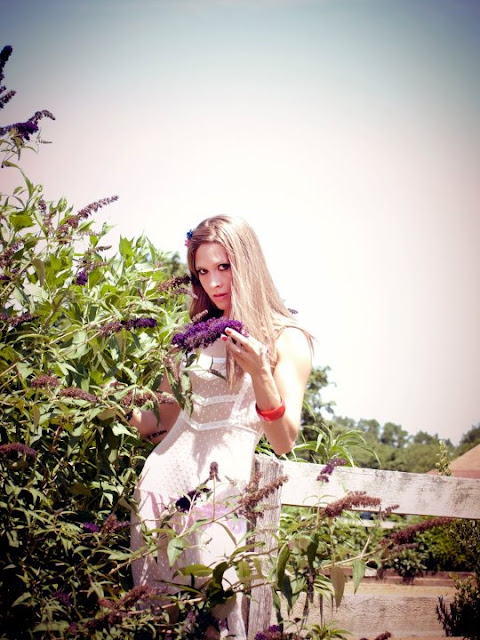 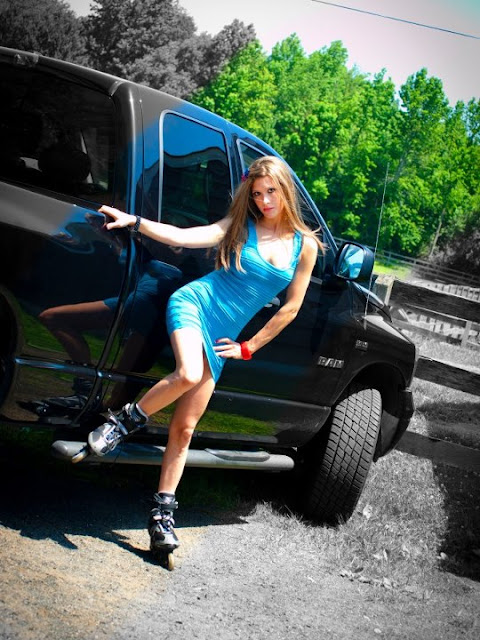 In Pearl Reich’s lounge room in Lakewood, New Jersey, is a symbol of her defiance. It is a large, new flat screen television. This thing, according to the beliefs of the ultra-orthodox Jewish Hasidic sect that she has fled, represents evil.


Reich, 31, was born in Israel and moved to Brooklyn with her family at the age of 10. Her father was a Hasidic rabbi who started a synagogue in Borough Park, an exclusive Hasidic enclave just over the river from Manhattan.

In this area, the men wear hats and side locks and the women go about totally covered except for their hands and faces.

Women may not wear trousers and many wear wigs to cover their shaven heads, because of the belief that natural hair can be sexually arousing.

In the homes of this suburb, there are no televisions or radios. Here, inside the great city of New York, the world is kept away. 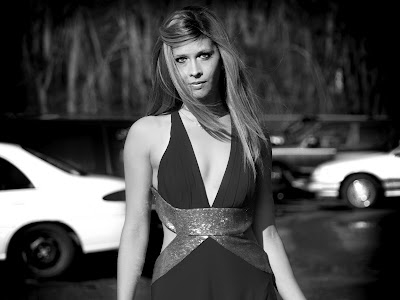 “By the time I got married at 18, I’d never heard Celine Dion sing, never seen any movies, no television, no radio,” says Reich.


She has become one of the rare women to not only reject Hasidism, a growing hardline conservative religious movement which she calls a cult, but to shine a light on practices that she says degrade Jewish women.

As a teenager, Reich was studious and assisted her father teaching theology to young students. But she started falling in love with a non-religious Russian boy. Her father intervened.


“He made us break up and arranged a marriage with another rabbi’s son,” she says.

Reich was 18. Sinai Susholz was 27. There was no attraction, but she did not question it. She believed marriage was a holy vessel for the production of children.

“I knew that I had no choice, because I believed everything I had been taught,” she says.

“A girl in our community, at the age of 18, is equivalent emotionally to a 13 year old in another community. We do not have choice. We are told what to do. We parrot everything.


“So my marriage was bad, but all I kept saying was, ‘My parents want this, God wants this,’ and so I can’t go wrong.”

By the age of 24, she’d had four children – a boy and three girls. She worked designing bridal fashion. After her second child was born, she began thinking about a divorce.

She had no feelings for her husband and says he felt threatened by her looks.


It never occurred to her to question orthodox lifestyle. She still wore the long skirts, long sleeves and the wig. But she knew something was wrong.

“We had no sexual compatibility,” she says. “Nothing doing.” The families intervened and sent the couple to orthodox counselling.


“They sent us to rabbis,” she says. “It was disgusting. What does a rabbi know about my sexuality? They told me I was being extremely materialistic and dirty by wanting to be satisfied by my husband. I was told I’m a bitch and slut, by rabbis and by him.


“He was an emotional abuser, but I kept blaming myself. We had learned the husband was a reflection of the woman.”


By then, she was living west of Manhattan in Lakewood, home to another large Hasidic community and one of the world’s biggest rabbinical colleges.

After having two more children, she’d had enough. She took out retraining orders for physical abuse. She says her husband believed she was seeing other men. She says she never did. “I was a good wife, I brought in money, I gave him kids, I was beautiful. What more did he want?”


Speaking for Susholz, lawyer Richard Sevrin told News Ltd his client strongly denies any suggestion of physical or emotional abuse. He says while there were police complaints, Reich later voluntarily dismissed them by consent.

“There was no abuse,” Sevrin says. “They were mere allegations.”

Reich took her four children and went back to Brooklyn to live with her parents.


But Reich, still living as a Hasidic woman, was an embarrassment to the community. She says her parents and her husband were strongly opposed her divorce, which she wanted the Jewish Beth din court to grant her.


Her husband refused to divorce her in the Jewish court, and began taking a simultaneous family court action, in the normal US civil courts, for sole custody of the children.


She began a six year battle, which placed her in the bizarre situation of fighting the attempts to remove her children, yet still under demands that she remain married. All of it, she claims, was an attempt to return her to the loveless marriage.

She could not get a normal civil divorce because she had been pressured to sign a document which gave the Beth din court power to arbitrate over her marriage issues.


Last year, something clicked. She went to the Beth din court and told them she did no longer believed in God and did not recognize their authority. They were unable to deal with a non-believer, but were still reluctant to act.

It wasn’t a stunt. Reich says she suddenly just stopped believing, in all religion. She began wearing pants, got a tattoo and did some modelling. “I went to the Museum of Natural History and saw these sculptures and this archeology,” she says. “I was going out of my mind. I’d been told it was all false.”


Reich began to talk to the media (the New York Post called her the “Hasidic Hottie”) and appeared on “Dr Phil”, along with her new boyfriend, who had also left the ultra-orthodox faith. Sevrin, the lawyer, says Susholz refuses to participate in media interviews because he does not want his children exposed.

Reich says Hasidic authorities in Israel were angry with her and elements of New York’s Hasidic leadership and wanted the problem solved.

Three weeks ago, the Beth din granted her divorce (she still, for now, remains legally married under US law) and the child custody matter came to an end a fortnight back. They have joint custody.


Reich says she never tried to countersue her husband for sole custody. “We both gave birth to these kids,” she says. “They’re beautiful and they’re smart. Taking away the kids is no way to work.”

Reich has agreed to certain conditions, including that the children attend Hasidic schools and that she remains in Lakewood.

Another condition is that she collect her children from school in Hasidic-approved attire and observes the Sabbath when the kids are in her home.

Reich does not like the deal, but says she is exhausted from fighting. She says she has no hate for the Hasidic community. “I’m against the leaders,” she says. “It has evolved into a cult and it was never supposed to be that way.”

She says she has connections to a strong underground of unhappy Hasidics who, she says, only maintain the appearance of piousness so their children are not kicked out of schools and they are not shunned.

“Life is harder now I’m not religious,” she says. “I used to get more monetary support. Religion provides security, yet when you discover your individuality, you can’t go back to that security.


She says arranged the marriages, isolation and the denial of sexuality do not work. “I believe in the Jewish culture and the history. Everything else is bullshit.

She says she watches closely as her eldest child, a son aged 10, who wears the side locks, develops views of women as subordinates.

She says the most she can do is try to put a lid on it, and encourage him to think about the choices she never had.


“I think men are born abusive and that women, whatever monkey they came from, they’re better,” she says. “Men need way more work to be better people.” 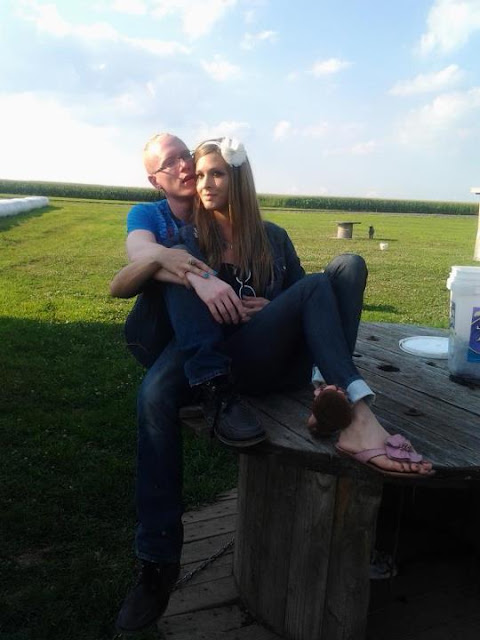 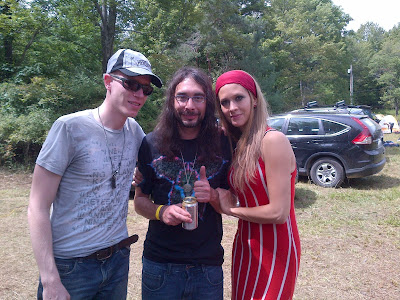 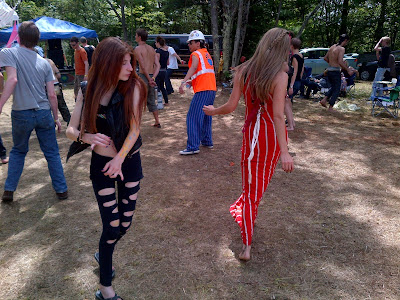