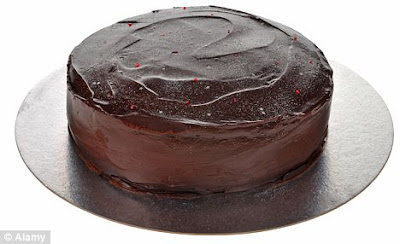 Airline passengers are worrying about TSA officers touching a lot more than their junk this holiday season: their baked goods.

The holiday season began with a series of stories of baked good mishaps — including a woman in Boston who said that her delicious cupcakes were deemed a security threat and confiscated on her way home from Las Vegas.

Rebecca Haines told WCBV-TV in Boston that a TSA officer told her the icing on her cupcake qualified as a liquid-like gel and therefore wasn't allowed on the plane.

“The frosting apparently constitutes a gel-like substance because it was adorably packaged in a glass jar,” she told the TV station.

Lisa Farbstein, a TSA spokeswoman, told the Daily News that while something like that “doesn't usually happen,” passengers should be aware that baked goods may be subjected to additional screening.

"They may pack or ship them as well," she added.

She added that the TSA was reviewing the specific incident at the Las Vegas airport.

Even though baked goods are kosher for check-in, the TSA does limit other holiday foods in carry-ons. The agency’s website advises passengers to check items such as cranberry sauce, creamy dips, gift baskets, jams, jellies, gravy and maple syrup.

But one Florida resident said checking his food items didn't work for him when his mother-in-law packed a boxed chocolate cake in his luggage. He told the Associated Press that when he took it out of his suitcase, about a third of it was missing.

“Are times that tough where TSA inspectors have to eat travelers' food?” he asked the AP. “Or did the inspector conduct a taste test to make certain it wasn’t contraband or a bomb?”

Farbstein said there was no evidence that any cakes had been tested for bomb-like materials — or even lifted out of a bag at all.

“We actually pulled the videotape of the entire period of time that he would have gone through the screening process and at no time did we see anything resembling a cake removed from the suitcase,” she said.

But Farbstein said in an emailed statement to The News earlier this week that that there’s no proof that’s true either.

“TSA takes all allegations of inappropriate behavior seriously and has made substantial efforts to investigate this claim, despite not having detailed information regarding the passenger’s travel (i.e., departure airport, flight number, date, time),” she said. “At this time, we do not have the necessary information to substantiate the claim.”
Posted by joe levin at 2:24 PM