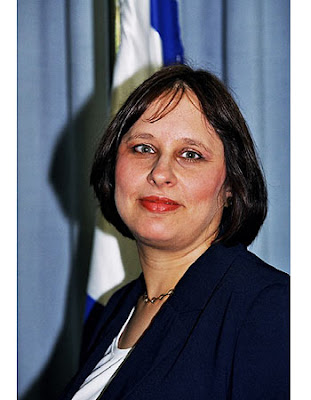 While Prime Minister Benjamin Netanyahu is ordering a firmer hand to be taken against women's exclusion, the legal system appears less eager to fight the phenomenon. A Beit Shemesh resident arrested on Wednesday on suspicion he spat on a 42-year-old woman was released after a court hearing.

In the past few months, the Beit Shemesh police arrested 10 haredim in relation to attacks over immodest attire and sex segregation. Menachem Manes Simon was arrested on Wednesday after a woman filed a police complaint against him claiming he had spat on her in the street.

He was brought for a remand hearing that very day, but Judge Hagit Mac-Kalmanovich, Vice President of the Beit Shemesh Magistrate's Court, ordered his release on bail. An indictment against him will be filed in the coming days.

The suspect, part of fanatical groups in the city, was uncooperative during the investigation and called the officers "Zionists." His attorney Yair Nehorai, said in the hearing: "The law does not allow a person's arrest based on lack of cooperation. His lack of cooperation stemmed from religious reasons and his lifestyle. His right to remain silent should not play against him."

The lawyer noted there was also a problem with the weight given to the evidence but stressed that his client will show up if summoned for interrogation.

The Beit Shemesh Municipality said the suspect was part of a small group of extremists who do not represent the wider majority of haredim in the city, let alone Beit Shemesh' 50,000 residents.