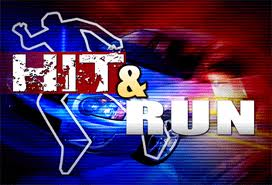 NEW SQUARE – Ramapo Police are investigating a pedestrian accident that occurred at about 6:30 p.m. Tuesday in front of 7 Jefferson Avenue in New Square.

An 11-year-old boy said he was stepping off a curb in front of that location, when he was struck or brushed by a dark colored vehicle that knocked him to the ground. He told police the vehicle did not stop, and fled toward Lincoln Avenue.

The child sustained bruising and pain to his leg, and facial injury, which did not appear to be life threatening, police said.

Police said there are no known witnesses to the accident.

Ramapo police are requesting that anyone who may have witnessed the accident to contact them at 845-357-2400.
Posted by joe levin at 3:28 PM