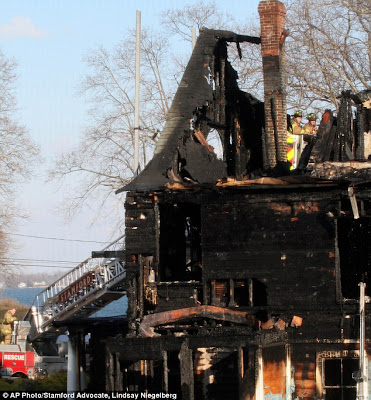 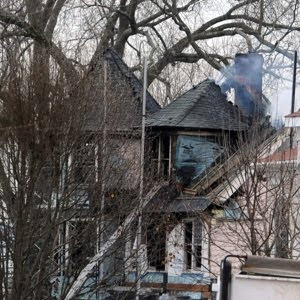 STAMFORD, Conn. -- Fire tore through a house in Stamford early Sunday, killing five people, making it among the worst Christmases in the city’s history, the mayor said.

Officials said the fire, which was reported shortly before 5 a.m., killed two adults and three children. Two others escaped. Their names have not been released.

Acting Fire Chief Antonio Conte said attempts by firefighters to rescue the house’s occupants were pushed back by intense flames and heat.

He said fire officials do not yet know the cause of the blaze and will not likely get clues for a few days until fire marshals can enter the house “and figure out what happened.”

Conte said he did not know the conditions of the two survivors.

“We had our hands full from the moment we arrived on the scene,” he said.

A neighbor, Sam Cingari Jr., said he was awakened by the sound of screaming and that the house was entirely engulfed by flames.

“We heard this screaming at 5 in the morning,” he said. “The whole house was ablaze and I mean ablaze.”

Cingari says he does not know his neighbors, who he said bought the house last year and were renovating it. Power also was out in the neighborhood, he said.

The neighborhood in Stamford, a city of 117,000 residents about 25 miles northeast of New York City, juts into Long Island Sound.