Ron Paul In 2009: I Wouldn’t Risk American Lives’ To Save Jews From Holocaust 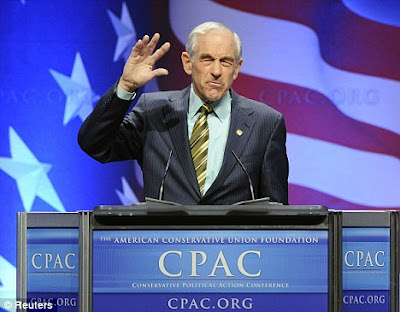 On the evening of Sept. 16, 2009, I was invited to a function for Rand Paul’s U.S. Senate campaign at the headquarters of Americans for Tax Reform.

I had been invited by a friend of mine via Facebook who was a passionate supporter of Ron Paul. Within minutes of arriving, I saw Rep. Paul enter the room, followed by an entourage of several college students.

I immediately walked up to Paul and introduced myself, and Paul smiled at me and shook my hand. I told him that I had always wanted to ask him a question, and that it was a hypothetical question, but I would appreciate his answer nonetheless. Paul smiled, and welcomed the question. At this point there were about 15 people surrounding us, listening.

And so I asked Congressman Paul: if he were President of the United States during World War II, and as president he knew what we now know about the Holocaust, but the Third Reich presented no threat to the U.S., would he have sent American troops to Nazi Germany purely as a moral imperative to save the Jews?”

And the Congressman answered:

“No, I wouldn’t. I wouldn’t risk American lives to do that. If someone wants to do that on their own because they want to do that, well, that’s fine, but I wouldn’t do that.”

Paul then looked at me, and I politely thanked him for his time. He smiled at me again and nodded his head, and many of his young followers were also smiling, and nodding their heads in agreement. Clearly, I was the only one in the room who was disturbed by his response.

When I first presented the story of Paul’s comments about the Holocaust to major news media outlets two years ago, they were so stunned they were afraid to publish my story, and as a result it has remained unpublished until now.

I went to great lengths afterwards to learn more about the basis for Paul’s comments. I spoke to Eric Dondero, a former senior aide for Paul, in February 2010. Dondero is quoted in a Weekly Standard article today about Paul’s isolationist beliefs.

When I called Dondero again this morning, and told him I was finally going forward with the story, he told me that Paul had made similar comments to him.

“He told me numerous times it was not worth it to intervene to save the Jews in World War II,” Dondero said. “I don’t think that’s because he’s an antisemite. It’s because he’s an extreme isolationist and he’s trying to be 100% principled–he doesn’t think there’s any reason to intervene for human rights or any other reason anywhere on the planet.”

Calls to Rep. Paul’s congressional office and campaign office last week and this morning were not returned.

The Holocaust of World War II is not the only historical tragedy that Paul’s isolationism would disregard.

In 2007, the Congressman actually faulted Abraham Lincoln for using military force to end slavery in the Civil War: “He shouldn’t have gone to war… Slavery was phased out in every other country in the world and the way I’m advising that it should have been done is do like the British Empire did; you buy the slaves and release them.”

Editors told me two years ago that they couldn’t believe Paul would respond in the same way to a question about the Holocaust, but I wasn’t surprised. Paul’s answer is actually consistent with much of what he’s been saying for years.

Yet philosophical consistency doesn’t always translate into a policy that is practical–or presidential.

Jeffrey Scott Shapiro is a former Washington, D.C. prosecutor who served on U.S. Senator John F. Kerry’s legal team during the 2004 presidential election, studied under Governor Michael Dukakis and interned for President Clinton in the White House. He is an investigative journalist who has worked on high profile criminal cases for CBS News, TIME magazine and Gannett News Co., and now investigates news stories for Breitbart.com.

Jeffrey practices law in California, Florida and Washington, D.C., and can be followed on Twitter as @jeffreyscottlaw.
Posted by joe levin at 8:27 AM