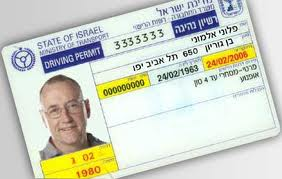 After expelling 30 students for getting license against regulations, Beer Hatorah Yeshiva agrees to take them back as long as they deposit check which will be cashed should they be caught driving

Beer Hatorah Yeshiva has decided to take back students who were expelled after secretly getting driver's licenses, as long as they deposit a check of NIS 4,000 (about $1,058) and promise not to drive.

The students' driver's licenses will not be revoked, but should any of them be caught driving – the yeshiva will cash the check as a fine.

About three months ago, the prestigious Jerusalem yeshiva decided to issue expulsion letters to 30 students who attained driver's licenses against the institution's regulations.

The yeshiva management used the students' ID numbers, against the law, to check the Transportation Ministry website and find out who of its 350 students owns a driver's license.

According to the students, although they violated regulations, yeshiva head Rabbi Gabriel Yosef Halevi decided not to fully expel those who attained a driver's license, but to make them study in a different yeshiva for two month as a temporary suspension.

The compromise angered the "good" students who did not get a driver's license and are now seeing their friends return to the yeshiva despite violating procedures.

I personally plan to get a driver's license now," one of the yeshiva students told Ynet. "I hope that until that happens the Transportation Ministry will do something about my personal details being exposed to everyone. If after everything that happened, they're coming back, why should we be deprived?"

Another student said, "This solution shows that none of the sides really gave in. It's clear that the yeshiva cannot do whatever it wants and that as the number of students with a license grows – it will have no choice but to turn a blind eye."

Why start wars? Isn't it simpler to just move to a different yeshiva?

"Out of 67 major yeshivot in Israel, only six are willing to take in students with a driver's license. So there isn't really any room for everyone. The management here is a sort of dictatorship, but what can we do?"
Posted by joe levin at 9:13 AM